This summer, the Centers for Medicare and Medicaid Services (CMS) released the results of its end-to-end ICD-10 testing. More claims were submitted and fewer errors were reported than in its previous testing periods. The acceptance rate was 88% and only about 3% of rejections were related to invalid ICD-9 or ICD-10 coding.

This is good news for providers, but it is not a reason for them to assume all will be well when things change over on Oct. 1. The testing thus far has mainly been acknowledgement testing: Are claims now 8 digits instead of 5, and did they start with an alpha character instead of ICD-9’s numeric digit?

“They are just looking at claims and kicking tires,” said Todd Rothenhaus, chief medical officer for Athenahealth, which has its headquarters in Watertown, Mass. “A lot of providers are worried about that.”

If you have not begun testing claims, Rothenhaus said, the first thing you need to do is go to payers “if they will answer their phones” at this point, and work with them on whatever testing is available.

“It’s time to hit hard on the bigger payers you have,” he said.

Though even when testing, providers will only get limited feedback, said Susan Hopper, senior healthcare consultant at Hayes Management Consulting in Newton, Centre, Mass. Most are not offering reimbursement information or verifying if the correct codes are being used. Insurers are following CMS’ lead and notifying if claims have the correct patient, the doctor is real, and the code is valid.

Hopper recommends looking through claims and sorting out the highest volume for your office. Take the top 10 diagnoses and perform testing on those.

If your insurers are not testing or your system is not quite ready for that step yet, there are still a lot of things offices can do to prepare. Aside from coding, incomplete documentation is thought to be the biggest challenge under ICD-10.

Hopper recommends taking some patient charts at the end of the day and recoding them in ICD-10. This will allow physicians to engage with the new codes and ensure the correct documentation is present. Physicians and coders can also do intermittent reviews of sample charts’ documentation, looking for information that will be necessary for ICD-10.

If doctors are working from a super bill, now is the time to print one with the ICD-10 codes. This is true for any paper forms with diagnostic codes; they should all be in the process of getting recoded.

Specialty physicians should also be mindful of the forms sent to them by their referring doctors. Doctors should know who is making a majority of their referrals and ensuring their forms are compliant. Hopper suggests having front desk personnel ask for ICD-10 codes for any patients coming in near the end of September.

Most of Hopper’s clients who tested had rejections dealing with things like incorrect patient name and invalid coding. When they looked back at old claims, they often found they had been receiving the same rejections under ICD-9: They were using codes that no longer existed. Hopper recommends going back through ICD-9 claims to see if there were any getting rejections so those do not carry over into the new system.

To curb losses that are predicted after the move to ICD-10, Hopper recommends working through any current backlog. Instead of “freaking out” at the end of September, get the backlog cleared now. If the current practice is to hold claims and send them weekly or every few days, stop, she said. Get charts turned around and submitted, although it may not be a good idea to do this during the first few days of October. Some physicians, she said, are planning to hold claims for a few days after the first of the month to let the bugs get worked out with other providers.

Finally, Hopper recommends monitoring key performance indicators more closely. Start checking weekly in September to get a gauge on the time it takes to get claims paid. By doing this, and continuing through October and November, providers can arrive at a baseline and recognize if payer activity begins to stall. This could allow providers to act quickly and get paid sooner. 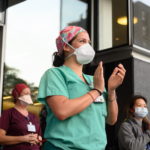