A new review of 87 primary care encounters1 found that providers used at least 1 type of medical jargon without explaining it to patients in nearly 80% of appointments, with an average of more than 4 uses of jargon per visit.

A team of researchers affiliated with the University of Central Florida in Orlando listened to audio recordings of these encounters and found that less than half of all jargon terms were explained and that, overall, providers used a jargon term around once every 4 minutes.

“Some use of medical jargon is unavoidable in provider communication with patients; however, for medical jargon to serve an educative function, it must be limited in amount so as not to overwhelm patients,” said lead author Ann Neville Miller, PhD, Professor and Interim Assistant Director of Academic Programs, Nicholson School of Communication and Media, University of Central Florida.

Jargon must be explained “because patients are often hesitant to admit they don’t understand and even jargon with which patients have passing familiarity, such as ‘viral sinusitis’ or ‘EKG,’ need provider input to fill in gaps and correct errors in patient understanding,” Dr Miller said.

“Research2 reveals that the majority of patients leave clinical encounters with faulty recollections of provider diagnosis and treatment recommendations and they may retain only around half of the medical information presented to them,”3-5 the authors write.

They suggest that there is often a “mismatch” between what health care providers think they have communicated and what patients actually hear, with providers “overestimating” how well their patients understood.6 Patients’ misunderstandings can have serious consequences, including “poorer treatment adherence, less patient satisfaction, and, ultimately, poor health outcomes.”7

The concern about jargon has become even more “critical” in light of the “current move toward patient-facing transparent records,” making it even more important for healthcare providers to “recognize the potential harms of using inaccessible language,” the authors state.

Dr Miller explained that although medical jargon has “been occasionally studied for decades, definitions of jargon have ranged widely from study to study.”

A new classification framework8 by Pitt and Henderson is “comprehensive” and “includes pretty much every type of jargon that has been identified in previous studies,” and the researchers therefore used this new framework as an approach to “get a broad picture of how much of each type of jargon was used in this type of medical encounter,” Dr Miller said.

Patients whose appointments were recorded were 18 years of age or older and had completed informed consent and HIPAA release forms. Transcripts of the recordings were then reviewed by the research team, who applied Pitt and Hendrickson’s framework.8

Additionally, immediately after the appointment, providers completed a self-administered questionnaire with open-ended questions that included the diagnosis, what instructions they gave to the patients and treatment, and why this was important for patients to do.

Patients completed a nurse-administered questionnaire, in which they were asked about their satisfaction with the appointment; their sense of self-efficacy, what the provider said was wrong with them; what they should do about it; and why it was important.

Nurses then rated patients’ responses as “very inaccurate,” “accurate,” or “very accurate,” regarding their understanding of the medical information they obtained during the appointment, and these scores were used to create a patient understanding index.

Total jargon use during appointments ranged from 0 to 26, with a mean of 5.40 instances of use during each encounter, the authors report. The mean use of distinct jargon terms was 3.41 per appointment, with only a mean of 1.49 terms explained.

In total, 78.16% of appointments included at least 1 unexplained jargon term, with a use of jargon occurring approximately once every 4 minutes.

The most frequently used types of jargon were technical terminology and medical vernacular (40.73% and 37.08%, respectively), followed by abbreviations and acronyms (8.21%), unnecessary synonyms (6.69%), and medicalized English (5.78%). Euphemisms were “rare” (only 1.52%), and there were no instances of judgmental jargon.

Only 67.16% of the technical terminology and only 50% of the medical vernacular were explained to the patients. The other categories also had low rates of explanation: 55.56% for abbreviations and acronyms; 57.89% for medicalized English, 36.36% for unnecessary synonyms, and 60% for euphemisms.

The researchers found no statistically significant differences between jargon use and patient satisfaction, self-efficacy, or understanding.

Differences Between Male and Female Providers

“Our study wasn’t designed to discover the reason behind the difference [between male and female providers],” Dr Miller said. “However, there’s a fair amount of research9 indicating that female physicians in the aggregate engage in more active partnership behaviors, positive talk, and psychosocial counseling with patients. Avoiding jargon might align with some of that more nurturing approach to care.”

Dr Miller pointed out that Pitt and Hendrickson8 “talk about the tendency for providers to have ‘jargon oblivion’, that is, they just don’t realize the extent to which they are using highly technical terminology.”

She suggested that providers “consciously monitor their jargon use both for frequency and to ensure that they have provided an explanation, which is especially the case for male providers, who may be inclined to use both more jargon overall and more complex terms than females.”

While it is important to avoid jargon, it is also important not to be patronizing.

“A common sub-goal in history taking is ascertaining patients’ familiarity with their condition, including common terminology associated with it,” Dr Miller said. “At that point, it’s helpful for providers to know there are a range of options for providing an explanation to a patient.”

One option is to provide a “straight definition” to patients who need it (eg, “a corneal abrasion is a scratch on your eye”). Another is to sum up a previous explanation by introducing the medical jargon (“So, when that happens, we call it …”).

But if a provider still is not sure how much medical jargon patients understand, Dr Miller recommends “subtle ways to explain without necessarily appearing to do so.” For example, the provider can “throw in a synonym the patient would know.” (“You’ve fractured your patella. When you damage your kneecap like that …”).

The same goal can be accomplished by pointing to a visual aid, such as an x-ray, printed material, or even the person’s body. (“See, this is the top of your thigh. And there is your femur, right here.”) This kind of technique “avoids the appearance of patronizing because they assume the patient already knows the term, yet the meaning is still reinforced.”

Learning to communicate with patients without use of jargon goes beyond the responsibility of the individual clinician. “At a minimum, health systems can assist by sensitizing providers to the prevalence and problem of unexplained medical jargon,” Dr Miller remarked. 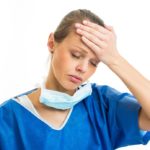