A new study has shed light on the exceedingly long period it takes to resolve medical malpractice cases.

The study, published in Health Affairs, analyzed data from more than 40,000 physicians and found that, on average, a physician will spend more than 50 months (or over 10% of an assumed 40-year career) with an open, unresolved malpractice claim.

The study also found that the bulk of that time was spent on claims that were later dropped or dismissed, and never resulted in payment. Physicians in high-risk fields, such as neurosurgeons, spent even longer waiting for malpractice cases to be resolved: an average of 10 years. Psychiatrists spent the least amount of time fighting malpractice claims: an average of just 16 months.

The investigators suggested that efforts to improve the medical malpractice system need to focus on not just capping damage awards, but reducing the time needed to resolve malpractice claims. Even lawsuits that are dismissed prior to trial can take about two years, the authors noted, and cases that settle out of court typically take between two and three years. Cases that actually go to a jury trial can take five years to be resolved.

The researchers agreed that a well functioning medical malpractice system should compensate patients who have suffered harm both fairly and quickly, and that a five-year wait is too long for both parties. They recommended shifting to an alternative dispute resolution process, which proactively looks for errors, discloses them to patients, and uses a central review committee to resolve disputes and recommend compensation when there is fault.

This program, which was used at the University of Michigan Health System, was found to decrease the time needed to resolve claims as well as reducing total liability costs. It is “important to assess malpractice reforms by how well they are able to reduce the time of malpractice litigation without undermining the needs of the affected patient,” the authors wrote. 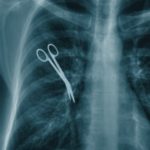