Electronic health records (EHRs) have been touted as a way to address patient safety problems, but a new study shows that even with electronic records, mistakes still occur, although these mistakes tend to be “near misses” and “close calls.”

The study, conducted by the Pennsylvania Patient Safety Authority, looked at EHR-related event reports from Pennsylvania hospitals to determine the severity of the errors. Of the total 3,099 events, 2,763 (89%) were errors that caused no harm to patients. In addition, 320 (10%) involved unsafe conditions that did not result in harm to patients. Fifteen reports involved temporary harm to patients due to entering wrong medication data, administering the wrong medication, ignoring a documented allergy, failure to enter lab tests, and failure to document. One report of a failure to properly document an allergy resulted in significant harm to a patient.

The researchers noted that dual workflow, using both paper-based and electronic records, seems to be particularly problematic and should be studied further. They also concluded that the configuration of certain EHR systems, especially those that have preset default values, seem to lead to errors in medication orders and documentation.

“Further study could shed some light on best practices in the use of default values in system configuration,” the authors wrote. They suggested that additional research could “provide more insight into root causes of these errors, which may include issues in workflow design or policies and procedures, usability or functionality gaps in the design or configuration of an electronic system, or gaps in the training or understand of the user population.”

From the February 01, 2013 Issue of Renal and Urology News 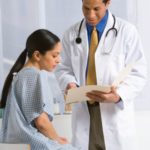 Physician Sued After Having an Affair with a Patient