Adverse medical events are almost as likely to happen in a physician’s office as they are in a hospital setting, according to data from a recently published study in the Journal of the American Medical Association.

The study looked at paid malpractice claims data from the National Practitioner Data Bank from 2005 to 2009. During this period, paid claims for outpatient events increased from 41.7% to 43.1%, while the proportion of hospital events declined from 49.3% to 47.6%. About 10% of malpractice claims involved events taking place in both settings.

The malpractice claims for events taking place in doctors’ offices were not trivial. According to the researchers, about 70% of those events involved death, a grave permanent injury such as brain damage, or a major injury.

In hospital settings, that number rose to 81%. Average malpractice payments, however, were lower in claims arising from doctor’s visits — $290,000 versus $363,000 for inpatient hospital events.

These data indicate a need to pay more attention to patient safety in settings other than hospitals, according to the researchers. They pointed out that in the last five years, Federal Agency for Healthcare Research and Quality has funded almost 10 times as many studies of inpatient hospital safety as those of outpatient safety. “Patient safety initiatives should focus on the outpatient setting, not just on inpatient care,” the researchers wrote. 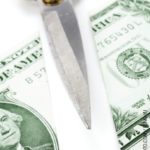