For the first time, Consumer Reports magazine has rated hospitals for safety, and the results are somewhat alarming.

More than 1,100 hospitals, in 44 states, were rated on a scale of 1 (the worst) to 100 (the best). The ratings focused on six categories: infections, readmissions, communication, computed tomography (CT) scanning, complications, and mortality.

The hospital that fared the worst in the rankings was Sacred Heart Hospital in Chicago, which earned a mere 16 points out of 100. Sacred Heart had a reported rate of bloodstream infections that was more than twice the national average.

Ratings were hindered by certain factors: data on patient harm is not reported fully or consistently nationwide and sometimes only on a voluntary basis. The ratings only included 18% of the country’s hospitals, and information on every category wasn’t available for all hospitals.

In an accompanying article, Consumer Reports expanded on some of the categories used to rate the hospitals. Infections were studied since about one in 20 hospitalized patients will develop one. Hospitals were rated on surgical site infections and central-line catheter infections. Johns Hopkins Hospital had less than half the rate of infections than the national benchmark but the hospital could not be given a safety rating because other data were lacking.

Readmissions rates were based on data from the Centers for Medicare and Medicaid services, which tracks patients hospitalized for heart attack, heart failure and pneumonia who are readmitted to a hospital within 30 days of being discharged. Researchers found that almost 500 hospitals lacking when it came to communication, specifically information about medications and discharge plans were unclear.

Another category rated was CT scans, specifically, whether scans had to be ordered twice for the same patient, with contrast and without. Double scanning increases radiation exposure and possible cancer risk, yet only 28% of the hospitals rated had double scan rates of 5% or less.

The article concluded that more needed to be done in terms of patient safety in hospitals. The article recommended that a national system should track and publicly report medical errors, and that hospital administrators and regulators need to listen more to the people most affected by medical harm: patients. 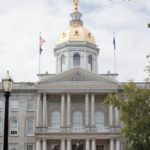