(HealthDay News) — The Inflation Reduction Act is expected to bring out-of-pocket drug costs down for many US seniors, but most of its benefits are not immediate.

Under the law, Medicare will now be allowed to negotiate the cost of some drugs. That should eventually bring down out-of-pocket costs for seniors with Medicare Part D prescription drug plans, according to John Clark, a clinical associate professor at the University of Michigan College of Pharmacy. Previously, Medicare was not allowed to negotiate drug prices.

Under the law — which goes to President Joe Biden after it clears the US House of Representatives — the number of medications will be phased in, beginning in 2026 with 10 drugs. Beginning next year, drug companies will be required to pay rebates if drug prices rise faster than inflation, which they often do.

Also starting next year, vaccines will be free for Part D recipients. These savings will not be passed on to seniors with private insurance.

In 2024, the 5% coinsurance required for Part D catastrophic coverage ends. This is expected to benefit an estimated 3 million Americans. In addition, out-of-pocket drug costs will be capped at $2,000 for Medicare beneficiaries beginning in 2025.

The Congressional Budget Office predicts that the reforms will save the government $288 billion over 10 years. Whether this new law will actually benefit patients is yet to be seen, Clark noted in a university news release, but this is the first intervention in drug prices for Americans who pay more than others in the world for the same drugs. A cap on insulin prices for all Americans was not included in the new law, which some see as a win for drug companies, Clark said. 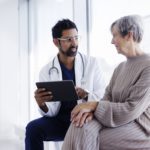