Gender gaps in salary are common throughout many professions and occupations, with women often paid less than men despite similar qualifications and experience. The health care industry is not exempt.

In a recent survey of primary care physicians published in Medical Economics, women reported an annual income of $175,000 and men $275,000. Female survey participants made about 63 cents for every $1 men made. In 2017, the American Association of University Women found doctors and surgeons rank second highest in terms of inequitable pay. Men earned $243,072 a year and women, $171,880. Their pay ratio was 71%, meaning women lose more than $19.5 billion annually in pay.

Base salaries: what men make

Some systemic factors create these earnings gaps, including how practices set pay. “If I could give 1 piece of advice to an employer, it would be to look at data for men and don’t pay attention to women in the practice,” said Katie Donovan, of Equal Pay Negotiations in Boston.

Including the salaries of women, who make less money, in the numbers pulls down the average, Donovan said. Providers should tabulate the average of what men in the group earn and use that as the metric by which to judge all salaries. Once salaries are tabulated, a practice can take into account pay differences. But Gail Greenfield, PhD, a principal in the workforce strategy and analytics practice at Mercer in Washington, DC, said providers need to ensure they are basing salaries on solid data.

“Organizations should account for legitimate drivers of pay differences in assessing pay equity. Once these legitimate drivers have been accounted for, any remaining pay gap between men and women should be addressed via remediation efforts,” Dr Greenfield said.

Starting pay is often a contributing factor in gender pay gaps, Dr. Greenfield said. It can create a domino effect in which lower pay at a prior job can be perpetuated at a new job. One way an employer can reduce the likelihood of this occurring is by not asking job applicants for salary history. If an employer does not know a candidate’s pay history, it cannot use this information to set an employee’s starting pay.

According to Donovan, an employer also should not ask what a prospective employee expects to make because their answers will be skewed. Donovan calls this anchoring. For instance, at their current jobs, a woman might be earning $77,000 a year, whereas a man could be making $100,000 a year. If an employer asks job candidates about salary expectations, the male candidate, knowing the job carries an annual salary of $120,000, is more likely to ask for that than the woman applicant because a $120,000 salary would represent a very big jump in pay for her.

Each job should have a specific range associated with it and the employer should pay within that range. Any differences should be legitimate and unbiased.

Organizations that find gender inequity in pay after evaluating their salary practices have some corrective strategies at their disposal. First and foremost, they should set aside budget to rectify unexplained pay differences. Rather than using merit pay budgets to rectify pay inequities, Greenfield recommends having 1 budget for merit pay increases and another for pay equity adjustments.

Dr Greenfield also recommends that organizations set administrative guidelines for how pay decisions are handled in different employment situations. These situations include promotions and leaves of absence, two areas rife with issues.

In particular, because women are more likely to take a leave of absence, this type of event disproportionately impacts women, and not just when they return to work. A leave of absence can affect pay years after the leave is over. Women may miss merit pay raises during leaves, and they may have fewer career opportunities if employers assume they do not want more challenging roles after returning.

In addition, Donovan recommends getting rid of confidentiality agreements. “Employers who say they want to close any pay gaps should know there is more than enough research to show that just by ending use of agreements, they can close the gaps by about 4%,” she said. 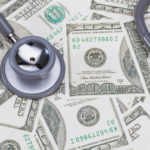