(HealthDay News) — Exposure of US physicians to work-hour reforms during residency training is not associated with post-training differences in patient mortality, readmissions, or costs of care, according to a study published online in The BMJ.

Anupam B. Jena, MD, PhD, from Harvard Medical School in Boston, and colleagues compared 30-day mortality, 30-day readmission, and inpatient Medicare Part B spending for patients treated by first-year internists fully exposed to 2003 work-hour reforms during their residency (completed residency after 2006) and for those treated by first-year internists with partial or no exposure to reforms (completed residency before 2006).

“Further assessment of the impact of both the 2003 and the 2011 residency work hour reforms on other aspects of physician quality and in other specialties is important,” the authors write. 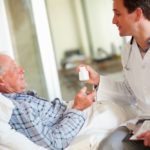 Tips for Cutting Down on Readmissions