Prioritizing dietary interventions in patients with renal disease can be difficult because of the multitude of associated complications.

Thus, it is important to choose the most appropriate intervention at a given time. Sodium restriction is beneficial for reducing blood pressure (BP), and chronic kidney disease (CKD) frequently is associated with hypertension (Lancet 2002;23;359:1004-1010).

Controlling high BP can aid in slowing CKD progression, but the appropriate level of treatment is of concern in the wake of several studies showing that more conservative BP goals did not confer benefits in terms of cardiovascular outcomes and CKD progression.

A recent study published online ahead of print by Yan et al (PLoS One 2012;7:e37837) aimed to evaluate new data suggesting that individuals with higher levels of proteinuria may be better targets for intensive BP control. The study used data collected by the National Health and Nutrition Examination Survey (NHANES) from 1999-2006.

Stratifying the groups by estimated glomerular filration rate (eGFR), an overall eGFR below 60 mL/min/1.73m2 (specifically eGFR ranges of 45-59 and 30-44) was significantly and positively associated with hypertension status. Among subjects with an albumin/creatinine ratio of 30 or higher, the association between eGFR below 60 and hypertension status was much stronger.

In other words, those with renal impairment appear to be much more likely of having hypertension if albuminuria is present. This factor is important because it may offer new assessment criteria when considering whether intensive BP control regimens are necessary. The limitation of these data is that no factor can be clearly deemed causative.

The results from this study add to a growing pool of evidence that patients with early proteinuria may be good targets for intense BP control. A systematic review by Upadhyay et al (Ann Intern Med 2011;154:541-548) reviewed three trials and their data regarding BP control, kidney disease, and proteinuria.

The REIN-2 trial included individuals with proteinuria of 1,000-3,000 mg/day and creatinine clearance less than 45 mL/min and those with proteinuria above 3,000 mg/day and creatinine clearance below 70. Individuals were stratified into either a normal or low BP group and treated with felodipine in addition to their other medications.

The primary concern with intensive BP control regimens is the potential adverse complications from the medications themselves. Each trial showed an increase in adverse events in the low BP groups that were attributed to higher doses of medication.

Overall, though, the data from these studies indicate that more conservative BP goals do confer benefits in the presence of proteinuria. Therefore, more rigorous sodium restrictions may be of benefit when trying to reach these goals by helping reduce the necessary dosages.

Current guidelines from the Kidney Disease Outcomes Quality Initiative (KDOQI) recommend a sodium restriction of 2,000 mg/day. Meanwhile, the 2010 Dietary Guidelines for Americans recommends a reduction of sodium to 1,500 mg/day for at-risk individuals, including those with hypertension.

These guidelines are often tough for new patients without adequate dietary education, but evidence supports the need for a stronger nutritional intervention in controlling BP, especially for patients with elevated proteinuria. In addition, these data may offer potential as a screening tool for gauging appropriate dietary interventions. 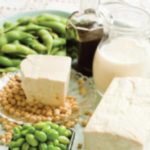