Nephrotic syndrome (NS) occurs in approximately 3.3 of every million adults (Semin Nephrol. 2003;23:172-182) and is caused by either primary or secondary etiologies.

The most  common secondary etiology of NS is diabetes mellitus. The pathophysiology behind NS is thought to be related to either reduced oncotic pressure possibly due to marked proteinuria or increased sodium retention.

Pediatric and adult patients with NS often have weight gain due to edema, extremely low visceral protein concentrations due to significant losses in their urine, and hyperlipidemia. Serum albumin concentrations less than 2.5 g/dL and total cholesterol greater than 300 mg/dL are common in these patients (Am Fam Physician. 2009;80:1129-1134).

Does NS cause B6 deficiency?

Recently, a few articles have been published on vitamin deficiencies in NS patients. Isolated case reports and small studies might not be worthy of attention, but in aggregate they bear consideration. Researchers in Japan recently reported on a case involving a 12-year-old girl who presented with edema and a swollen abdomen. Some of her significant biochemistries were a serum albumin of 1.7 g/dL and triglycerides of  257 mg/dL. The patient was eventually diagnosed with NS and went into respiratory failure.

During the course of her treatment in the pediatric intensive care unit, her alanine aminotransferase (ALT) was very low (6 IU/L). ALT is a liver enzyme that requires a B6-derived coenzyme, pyridoxal-5′-phosphate. Simultaneous to the suboptimal ALT value, the patient’s B6 concentration was measured and found to be deficient, 1 µg/L; normal concentrations are between 3.6-10 µg/L.

A second case reported in 2009 involved a 6 year old boy who had been diagnosed with NS. During a relapse the boy went through a series of treatments involving methylprednisolone, tacrolimus, and cyclosporine to control his high proteinuria.

Following initiation of the tacrolimus, the patient began having convulsions and an MRI was performed. MRI results indicated the patient had Wernicke’s encephalopathy, which is associated with vitamin B1 (thiamine) deficiency. Treatment with 100 mg/day of intravenous thiamine was started and the child’s neurological symptoms disappeared (Eur J Pediatr. 2009;168:731-734).

These independent cases of vitamin deficiency in children can be further highlighted as an area of concern by two studies, one in children and one in adults, both with NS. In 2007, researchers published the results of a cross-sectional study comparing the vitamin and homocysteine status of 84 adult patients with NS and 84 age- and sex-matched normal subjects (Thromb Res. 2007;120:647-652).

The study showed that after statistically controlling for confounders, the NS patients had significantly lower concentrations of vitamins B6 (9.2 vs. 19.6 µg/L) and B12 (235 vs. 444 pg/mL) and higher homocysteine (13.7 vs. 9.7 µmol/L) when compared with the normal subjects.

Finally, an Egyptian study published in 2008 examined antioxidant status in children with NS. The study compared healthy children, children in remission, and children who had relapsed. The researchers did not define relapse or provide descriptive data for the groups. The results showed that both groups of children with NS had lower concentrations of albumin, glutathione peroxidase (a selenium dependent enzyme), vitamin C, and vitamin A.

Additionally, the children in the relapsed group had significantly lower concentrations of serum albumin, glutathione peroxidase, and vitamins A, C, and E compared with both the healthy controls and the children in remission (Pediatr Res. 2008;63:404-409).

Taken together, these data provide a small amount of evidence indicating that patients with NS may be at increased risk of lower vitamin concentrations. Further research needs to be done, but patients with high proteinuria or very low dietary intakes should be carefully monitored to prevent severe deficiencies. n 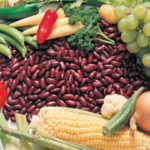