Directly determined. glomerular filtration rate (GFR) is the gold standard for measuring renal function. Because its determination is relatively costly and complex, however, estimated GFR (eGFR) is used in clinical practice.

Several formulas for calculating eGFR using serum creatinine (Cr) are currently in use, but disagreement persists over which is most appropriate for a given patient population.

All formulas are used with the assumption that recent diet has an insignificant effect on serum creatinine and, therefore, eGFR. This assumption is not valid, however. A guideline developed as part of the National Kidney Foundation’s Kidney Disease Outcome Quality Initiative (KDOQI) states that “the predialysis or stabilized Cr and the creatinine index reflect the sum of dietary intake of foods rich in creatine and creatinine (skeletal muscle) and the endogenous (skeletal muscle) creatinine production minus the urinary excretion, dialytic removal and endogenous degradation of creatinine.”

The same guideline also states that a low serum Cr concentration suggests a low dietary protein intake and/or diminished muscle mass. Early studies looking at the effect of meat consumption involved feeding small numbers of subjects quite large amounts of meat (225 to 500 grams at a meal), so the results did not reflect common dietary patterns.

Subjects ate a meal in the hospital cafeteria four hours after a breakfast that contained no meat. Meat-containing meals included meat in normal serving sizes for the entrée the patients selected. When lunch contained no meat, mean serum Cr levels as measured using the kinetic Jaffe method did not change significantly, rising from 76.5 to 77.5 µmol/L one to two hours postprandially and then to 80.0 µmol/L three to four hours postprandially. When the meal contained meat in a normal portion, serum Cr increased from 80.5 to 101.0 µmol/L one to two hours postprandially, and was still elevated three to four hours after eating. Median eGFR as calculated using the Modification of Diet in Renal Disease study formula decreased from 84.0 to 59.5 mL/min per 1.73 m2 one to two hours after meat consumption, and 64.0 mL/min per 1.73 m2 after three to four hours. 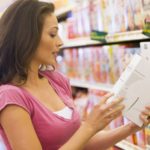