Advanced glycation end products (AGEs) are byproducts of non-enzymatic chemical reactions between sugars and amino acids, lipids, or DNA. A wide range of molecules fall into this category.

Perhaps the most familiar of these chemicals to health professionals today is hemoglobin A1c, but several others that are often studied include carboxymethyl-lysine (CML), pentosidine, pyrraline, and methylglyoxal.

These metabolites are associated with oxidative, inflammatory damage through both direct cellular damage and interaction with the receptor for AGEs (RAGE), as well as a subsequent cascade of inflammatory markers. Because AGEs represent a wide variety of chemicals, a range of testing methods may be used.

Blood tests for known AGEs and their precursors are common, but another means of assessment involves skin autofluorescence (J Ren Care 2008;34:207-212). Many of these chemicals exert fluorescent properties and can be detected non-invasively using specific devices.

AGEs may be acquired both exogenously through dietary intake and endogenously. About 10% are absorbed by the gut, but only a third of the absorbed AGEs are excreted in the urine. Dietary intake of AGEs is directly associated with plasma AGE concentration. AGE content increases in foods high in protein and fat and foods treated with high heat. These factors have dramatic impacts on flavor of foods and are often a focus of food scientists due to the flavor appeal.

AGEs are associated with a variety or chronic diseases, including end-stage renal disease (ESRD). AGEs exert tissue damage primarily in two ways. The first involves direct crosslinking with tissues throughout the body. Examples of the results of this crosslinking include wrinkling in the skin, vascular wall stiffening, and albuminuria through interactions with the glomeruli.

The second involves the interaction between AGEs and RAGE and the subsequent activation of the inflammatory cascade. Skin autoflorescence of AGEs has been shown to correlate strongly with cardiac mortality in patients with diabetes, microalbuminuria, and neuropathy. In addition, autofluorescence of AGEs strongly correlates with overall and cardiovascular mortality in dialysis patients (Am J Kidney Dis 2009;53:138-150).

Among peritoneal dialysis patients, high glucose loads over time tend to promote peritoneal degeneration (Adv Perit Dial. 2011;27:22-26). Many studies have found that reduced glucose concentrations and glucose degradation products has increased patient survival, and this effect is attributed to a reduced impact of AGEs.

Reducing AGE load in the renal population must be considered from both endogenous and exogenous sources. Direct dietary intake of AGEs may be elevated due to high intakes of protein in patients with renal disease. Dietary restriction of AGEs reduces serum concentrations, but no health-related outcomes have been documented.

A recent study by Vlassara et al demonstrated that, in a randomized crossover study, sevelamer carbonate significantly reduced HbA1c, serum methylglyoxal, serum CML, triglycerides, 8-isoprostanes, and TNF alpha in 20 patients with CKD 2-4 compared with calcium carbonate (Clin J Am Soc Nephrol 2012; published online ahead of print). These effects were independent of phosphorus reduction. The investigators also showed in a separate in vitro experiment that sevelamer bound more than 80% of AGEs at intestinal pH, but less than 1% at stomach pH.

These results indicate that another possible target for intervention may involve competitive absorption, but this effect would only be advantageous if it is found that exogenous sources contribute to harmful outcomes. Future dietary research could focus on the role of dietary fibers and other nutrients in competitively absorbing AGEs.

Additional future directions are in caloric restriction and exercise, both of which also provide possible outlets for AGE reduction. Caloric restriction has been shown to reduce AGEs, but its long-term effectiveness in healthy populations has not been proven. Exercise has been theorized to aid in AGE reduction through increased rates of collagen turnover (Scand J Med Sci Sports 2005;15:231-240).

Dr. Steiber is Coordinator of the Dietetic Internship/Master’s Degree Program and Mr. Connery is Research Coordinator at Case Western Reserve University in Cleveland. 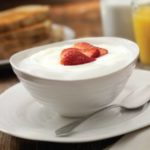