Highly active antiretroviral therapy (HAART) has increased survival rates in patients with HIV, and an increased prevalence of kidney disease in this population has accompanied the improved survival.

In a study of African-Americans in Baltimore, Lucas et al reported that the number of HIV-infected individuals who reached end-stage renal disease (ESRD) and received renal replacement therapy in the pre-HAART era was 5.8 per 1,000 person–years compared with 9.7 per 1,000 person-years in the current HAART era (AIDS. 2007;21:2435-2443).

The ESRD and HIV-infected populations show some similar epidemiologic trends. Both populations have a high proportion of patients with malnutrition that includes significant energy and protein wasting. In addition, data show that in both populations, heavier individuals have better survival, which is contrary to traditional medical models in which being overweight is considered a health risk.

In a study of 5,592 hemodialysis patients in southern Europe who were followed for three years, a research team led by Chazot  found that overweight or obese patients had significantly lower mortality than patients in the normal or underweight categories (Nephrol Dial Transplant. 2009; published online ahead of print).

In addition, a study by Madec and colleagues showed that HIV-infected patients who gained more weight had better survival (AIDS. 2009;27:853-861). Participants included more than 5,000 HIV-infected patients from Cambodia and Kenya who were starting HAART therapy. After three months, among patients with an initial BMI of 18.5 kg/m2 or less, the mortality rate ratios were 6.3 and 3.4 for those with weight gains of 5% or less and 5%-10%, respectively, compared with individuals who had weight gains of more than 10%.

One possible rationale for increased survival in HIV-infected patients with excess energy reserves (e.g., overweight, obese, or very muscular patients) is that HIV infection is associated with an increase in resting energy expenditure (REE). This increase has been shown in both clinically stable patients and in those with extreme metabolic abnormalities, such as lipodystrophy.

In their conclusions, the authors wrote: “It appears that subjects with lipodystrophy uniquely respond to short-term caloric excess with significant increases in REE.” The hypermetabolism observed in lipodystrophy patients, the researchers explained, may be an adaptation to an inability to store triacylglycerol fuel normally. One study indicated that patients with congenital generalized lipodystrophy had REEs 20%-73% above normal rates (J Clin Endocrinol Metab. 1991;73:1056-1061). 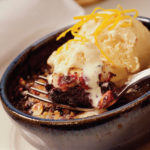