Phosphate disturbances have been widely discussed by many, including this author in previous columns. Hyperphosphatemia in CKD patients is independently associated with both secondary hyperparathyroidism and cardiovascular disease.

Current treatment for hyperphosphatemia in CKD patients involves dietary restriction of phosphate and the use of phosphate binders. In HD patients, the dialysis process also assists in phosphate control. These interventions, however, have not been completely successful, as approximately 50% of patients do not achieve goals established by the Kidney Disease Outcome Quality Initiative.

Food sources of phosphorus are similar to protein sources. Diet prescriptions that limit phosphorus and protein can achieve adequate control of both in predialysis patients, but this often is not the case with dialysis patients. HD patients are educated about the importance of limiting phosphorus intake to 800-1000 mg per day, but this is extremely difficult to achieve.

The typical western diet contains approximately 1000-1200 mg of phosphate per day with, conservatively, an additional 500 mg/day from food additives such as monocalcium phosphate or sodium phosphate, depending on the amount of fast or processed foods consumed. Given the difficulty of dietary restrictions in phosphate control, pills that bind phosphate are commonly used.

Tonelli et al (N Engl J Med. 2010;362:1312-1324) has suggested that an ideal binder is one that effectively binds dietary phosphate, does not increase patients’ pill burden, has no side effects and no systemic absorption, and is inexpensive. Currently, the commonly used phosphate binders are calcium carbonate, calcium acetate, sevelamer hydrochloride, lanthanum carbonate, and magnesium hydroxide.

These binders are reasonably safe and moderately bind dietary phosphates. The cost of these binders is substantial: approximately $750 million worldwide. The binders can contribute significantly to patients’ pill burden (up to around six pills per day), and they may be systemically absorbed. Calcium-based binders increase patients’ serum calcium concentrations.

However, Savica et al. (J Am Soc Nephrol. 2009; 20:639-644) have recently reported a new weapon in phosphate control. These researchers have discovered a chewing gum that may come very close to being an ideal phosphate binder. Saliva contains phosphate at a level five times that of serum.

With these facts in mind, Savica’s group tested chitosan as a potential binder of salivary phosphate. They found that a middle viscosity deacylated chitosan was able to effectively bind phosphate. The gum is inexpensive to manufacture, is not believed to be absorbed systemically, and does not contribute to patients’ pill burden. However, the impact on serum phosphate needed to be tested.

Therefore, a pilot trial was conducted over six weeks. HD patients with serum phosphorus concentrations greater than 6 mg/dL were enrolled in the study. These patients were educated about sticking to a 1.2 g protein/day diet six months prior to the study. During the study, the patients were given all the gum and sevelamer they would require throughout the study. Unused pills and gum were returned at the end of the study to measure patient compliance with individual prescription.

Patients were instructed to chew the chitosan gum for 60 minutes during fasting periods in the morning and the afternoon and to use of sevelamer with meals. The gum was only used during weeks 1 and 2, but sevelamer was used throughout the six weeks. The results of this brief pilot trial showed no significant changes in serum calcium during the six weeks; however, the mean serum phosphorus level declined significantly from week 0 to 2 (from 7.60 to 5.25 mg/dL).

Additionally, serum phosphorus did not return to baseline levels until week 6 (7.55 mg/dL).  This new gum shows great initial promise. If further research confirms the safety and efficacy of the chitosan gum, dialysis patients would have an inexpensive means to control phosphorus nonsystemically and which does not contribute to their daily burden. This could greatly impact their quality of life and the risk of death. 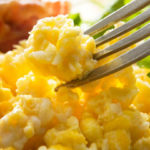