Low-protein diets are a potentially useful intervention in slowing CKD progression, though adequate calorie intake is a key to their success.

Supporting these recommendations are results of a systematic review by Fouque et al in Cochrane Database of Systematic Reviews (2006;2:CD001892.DOI:10.1002/14651858. CD001892.pub2). Comparing patient outcomes from eight randomized trials (involving a total of 1,524 subjects) of higher versus lower protein diets with respect to delaying initiation of dialysis, the authors concluded that “reducing protein intake in patients with chronic kidney disease reduces the occurrence of renal death by 31% as compared with higher or unrestricted protein intake.”

They acknowledged, however, that “the optimal level of protein intake cannot be confirmed from these studies.”

Highlighting the importance of adequate calorie intake in combination with protein restricted diets to slow CKD progression are results of a recent study by Huang et al published in the Journal of Renal Nutrition (2008;18:187-194).

This cross-sectional study of 599 patients with CKD stages 3-4, and stage 5 not yet on dialysis examined associations between calorie/protein intake and markers of renal function, specifically glomerular filtration rate (GFR), creatinine, and blood urea nitrogen (BUN). Comparison groups were established based on actual intake (24-hour recall) versus recommended intake per K/DOQI guidelines for protein (0.6-0.75 g/protein/kg per day) and calories (35 kcal/kg per day or 30-35 kcal/kg per day, for patients younger than 60 years or aged 60 years or more, respectively).

Study results demonstrated that patients consuming less than 90% of recommended calories, as well as those with protein intakes exceeding 110% of recommendations, experienced significantly decreased GFR and increased creatinine and BUN.

Although protein restriction along with adequate calories may delay CKD progression, one concern has been the possible impact on nutritional status. Addressing this issue is a review by Sintra Eyre, RD, and Per-Ola Attman, MD, PhD, in the Journal of Renal Nutrition (2008;18:167-186) examining the possible ef-fects of protein restriction on body composition in advanced CKD (GFR 20 mL/min or less).

The authors looked at the results of 14 studies involving 666 subjects regarding the effects of low-protein diets (LPD) on body composition in this patient population, and concluded that “there is no strong evidence that LPDs (0.6 g/kg per day or 0.3 g/kg per day plus supplements) impair body composition…however, LPDs should not be introduced in patients with a complicating disease, e.g., acidosis, septicemia, or surgical treatment.” LPDs, they noted, should be used “with great caution” in patients with an expected time to dialysis of four months or less.

Supporting the benefit of reduced protein intake in advanced CKD are results of a randomized controlled trial involving 392 subjects by Cianciaruso et al. The effects of two low-protein diets (0.55 vs. 0.80 g/kg per day) were compared in patients with CKD stages 4 and 5. Follow-up at 6-18 months indicated that the 0.55 g/kg group had a 15% lower serum urea nitrogen and a significantly decreased need for phosphate binders, allopurinol, supplemental bicarbonate, and diuretics compared with the higher-protein (0.8 g/kg) group, the researchers reported in Nephrology Dialysis Transplantation (2008;23:636-644).

Nutritional markers, notably albumin and body weight, remained similar to baseline for both groups during the study. Although compliance was a challenge in the 0.55 g/kg group (27% vs. 53% in patients prescribed 0.8 g/kg), the authors said their study “represents the first trial that supports K/DOQI recommendation to prescribe a diet with 0.6 g/kg/day to CKD patients leaving 0.8 g/kg/day for those patients who do not comply.”

Many low protein studies exclude patients with diabetic kidney disease, so information regarding possible benefit has been less apparent. In an analysis of 12 studies of protein restriction for diabetic renal disease in the Cochrane Database of Systematic Reviews (2000;2:CD002181. DOI:10.1002/14651858.CD002181.pub2), Robertson et al concluded that “reducing protein intake slightly slows progression to renal failure but not statistically significantly so.”

A novel potential benefit of protein restriction for patients with insulin-dependent diabetes is described by Elizabeth T. Rosolowsky, MD, in a study to be published in the May 2008 issue of the Clinical Journal of the American Society of Nephrology. In the study, 675 patients with type 1 diabetes were screened for serum uric acid and urine albumin levels.

Results showed rising serum uric acid correlated with declining GFR, even before albuminuria could be detected. If serum uric acid is confirmed as a causative factor, early intervention through dietary protein restriction may aid in decreasing levels and slowing kidney loss. 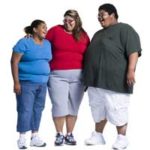