(HealthDay News) — The final touches are being put on the White House’s plan to deliver 500 million free COVID-19 rapid at-home test kits to households across America.

The administration will launch a website where people can request the rapid tests, said 4 people familiar with the plan who spoke on the condition of anonymity, The Washington Post reported. With the help of the US Postal Service (USPS), officials hope to start sending out testing kits by mid-January.

Test makers and distributors seeking to provide a share of the 500 million tests have already submitted proposals to the government, and the first contract was awarded last Thursday, said a person with knowledge of the plan. A formal announcement on the specifics of the plan is forthcoming, The Post reported.

Meanwhile, the USPS is negotiating with its 4 labor unions to extend the seasonal workforce — the roughly 40,000 people brought in each year to help the agency work through a glut of holiday packages and mail, The Post reported.

A White House representative would not comment on the plan, and USPS representatives did not respond to requests for comment. President Biden first announced the test kit plan right before Christmas.

White House COVID-19 response coordinator Jeffrey Zients told reporters Wednesday that manufacturers would begin delivering tests to the federal government “over the next week or so.” He added those kits would “not disrupt or in any way cannibalize the tests that are on pharmacy shelves and on websites and used in other settings,” The Post reported. 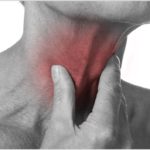