(HealthDay News) — The omicron subvariants BA.4 and BA.5 are spreading rapidly in the United States, but it is not yet clear if they will trigger a new wave of infections or a surge in hospitalizations and deaths, experts say.

The subvariants now account for 13% of new coronavirus cases nationwide compared with 7.5% a couple of weeks ago and 1% in early May, according to new estimates released by the US Centers for Disease Control and Prevention. That suggests that BA.4 and BA.5 could outcompete 2 other omicron subvariants, BA.2 and BA.2.12.1, which together account for the most cases at the moment, Denis Nash, PhD, of the CUNY Graduate School of Public Health & Health Policy in New York City, told The New York Times.

The subvariants have become common in parts of the Southern United States. In the region composed of Arkansas, Louisiana, New Mexico, Oklahoma, and Texas, BA.4 and BA.5 account for more than 1 in 5 infections, The Times reported.

Despite widespread immunity to the coronavirus, South Africa experienced a surge of cases in April and May that were fueled by BA.4 and BA.5. However, that wave was not as large as previous ones and deaths did not increase as steeply, Jeffrey Shaman, PhD, an infectious disease epidemiologist at Columbia University in New York City, told The Times.

But if the United States echoes South Africa’s surge — which is not certain — the wave might be more modest than previous ones and cause smaller increases in hospitalizations and deaths, Nash suggested. 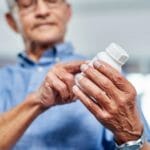