(HealthDay News) — The Abbott BinaxNOW and Quidel QuickVue — two widely used rapid at-home COVID-19 tests — may sometimes fail to spot evidence of the omicron variant in the first days after infection, even when people are carrying substantial levels of the virus, preliminary research suggests.

The researchers focused on 30 people infected with COVID-19 at 5 workplaces that experienced what were most likely outbreaks of the omicron variant last month. The people received both saliva-based polymerase chain reaction (PCR) tests and rapid antigen-based tests involving nasal swabs. It took 3 days, on average, for people to test positive on the two rapid antigen tests after their first positive PCR result, researchers reported. In 4 cases, people transmitted the virus to others after a negative result. The study was posted on a preprint server online and has not been published in a peer-reviewed journal.

It is not yet clear whether the infections were missed because the antigen tests are inherently less sensitive to omicron or because saliva tests may be better at detecting the new variant, The New York Times reported. One possible explanation? Omicron may replicate faster or earlier in the throat and mouth than in the nose, experts said.

“While we’ll have to wait to see if the science bears out, that might be an indicator that that’s where the virus is growing first,” Gigi Gronvall, PhD, an immunologist and testing expert at the Johns Hopkins Bloomberg School of Public Health in Baltimore, told The Times. “So if you’re going to look for the virus, which is what the tests do, then you may find more of it faster in the throat swab over the nose.”

The latest study is consistent with other preliminary evidence that the at-home tests that many Americans have come to rely on may fail to detect some omicron cases in the early days of infection. 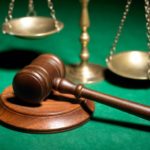