(HealthDay News) — Resumption of sexual activity after acute myocardial infarction (MI) is associated with improved long-term survival, according to a study published online in the European Journal of Preventive Cardiology.

The researchers found that patients who maintained/increased sexual activity frequency (53%) were more likely to be of higher socioeconomic status and to express lower levels of depression versus patients who abstained/decreased. During a median follow-up of 22 years, 43% of patients died, but maintaining/increasing sexual activity frequency was inversely associated with all-cause mortality (hazard ratio [HR], 0.65; 95% confidence interval [CI], 0.48 to 0.88) versus abstaining/reducing. This association was even more pronounced for noncardiovascular mortality (HR, 0.56; 95% CI, 0.36 to 0.85) than cardiovascular mortality (HR, 0.90; 95% CI, 0.53 to 1.51).

“Resumption of sexual activity frequency within the first months after MI was strongly associated with improved long-term survival, highlighting the need for sexual counselling shortly after MI,” the authors write. 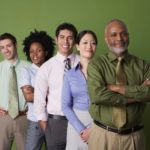