To reduce differences in cancer morbidity and mortality across different communities, cancer screening outreach efforts should be tailored to vulnerable subpopulations, according to a report from the Centers for Disease Control and Prevention (CDC).1

Though a recent but unrelated study found that from 1991 to 2015, there was a 26% decline in cancer mortality across cancer types,2 the current study appears to suggest that a large portion of the reduction may not have been directly due to improvements in screenings for certain cancer types. In fact, investigators from the CDC study found that from 2000 to 2015, the only category of cancer that saw an increase in screenings among those surveyed — which included breast, cervical, colorectal, and prostate cancers, specifically — was colorectal cancer.

Ingrid Hall, PhD, MPH of the CDC and colleagues looked at data collected from the National Health Interview Survey to identify the cancer screening behaviors of various underserved subgroups.

In contrast, screening for colorectal cancer for both women and men increased significantly (by 25.1% and by 28.5%, respectively), though the rate for men fluctuated year over year depending on insurance coverage for that screening test.

Non-Hispanic Asians were found to have the lowest cancer screening rates across populations included in the CDC report. This is especially interesting considering that in New York — which has the second-largest largest Asian population by state across the United States — Asians were also found (in an unrelated study) to have the lowest rates of death from cancer compared with other ethnic/racial groups.3

While the CDC survey does provide some actionable insight into cancer screening behaviors of underserved subgroups, the survey excluded incarcerated individuals — who are believed to be at an elevated risk of developing liver cancer as a result of their high incidence of infection with hepatitis C — as well as people in long-term care facilities, who may be at higher risk of developing age-related malignancies. The researchers didn’t specifically look at liver cancer (which disproportionately affects minority populations) or lung cancer (which represents 1 of the 4 cancers that account for nearly half of all cancer deaths).1

“The study addressed the cancers with the greatest public health burden (incidence and mortality), that have cancer screening recommendations in place, and where screening targets have been set by Healthy People 2020,” Dr Hall wrote in an email.

According to Paulo Pinheiro, MD, cancer epidemiologist at the Sylvester Comprehensive Cancer Center in Florida, at the University of Miami Miller School of Medicine, who was not involved in the CDC study but has looked at cancer incidence by minority subgroups, liver cancer would be useful to include in future CDC analyses. “Liver cancer is an increasing problem and monitoring of [hepatitis C virus] screening, which can impact liver cancer rates down the line, is quite low, and its assessment should be very useful from the public health standpoint,” he told Cancer Therapy Advisor.

Another expert, Stacey Fedewa, PhD, epidemiologist and senior principal scientist of surveillance research at the American Cancer Society, told Cancer Therapy Advisor that there is no recommended screening for liver cancer, and lung cancer screening was only recently recommended in 2014 to high-risk smokers by the US Preventive Services Task Force — so it could not have been included in the 15-year period captured by the CDC report.

Even though institutionalized populations were omitted from analysis, Dr Fedewa doesn’t think inclusion of this group would significantly change the screening trends investigators observed for the cancers types that were covered in the study. “I am not aware of representative cancer screening estimates in incarcerated populations; however, those who are incarcerated tend to be younger than the age [at which it is recommended] to begin colorectal, breast, and prostate cancer screenings, so I would think this would minimally impact nationwide screening rates,” she said.

Because higher mortality rates from prostate cancer have been seen among Puerto Rican and non-Hispanic black men, specifically (at least across New York state)3 — and one of the main goals of the CDC’s Healthy People 2020 campaign is to reduce deaths attributable to prostate cancer — a potential focus for the agency to begin screening increase initiatives that involve this specific cohort.

Regardless of how outreach efforts are ultimately launched, the authors of the report concluded that more campaigns tailored to underserved groups are necessary, and suggested that universal health coverage and native-language­–specific education initiatives could help to boost screening rates.

The analysis from CDC “highlighted that the traditionally underserved — people with no usual source of care, no insurance coverage, and those who have not seen a doctor in the past 12 months — continue to be least likely to receive cancer screening,” said Dr Hall. “It’s important that strategies [to increase cancer screening] be tailored culturally and linguistically for the groups we need to reach.”

“This study, along with previous investigations, show that cancer screening rates are below Healthy People 2020 goals, especially in people who lack insurance and/or a usual source of care,” said Dr Fedewa. “These findings underscore the need to improve recommended cancer screening utilization nationwide, especially in underserved populations.” 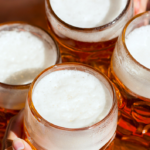