Using claims data from a national commercial insurer, Michael L. Eisenberg, MD, and colleagues from Stanford University in Palo Alto, Calif., compared health outcomes of 13,027 men diagnosed with male factor infertility (azoospermia or oligospermia) and 28,860 men who underwent fertility testing alone and presumed not to be infertile. The investigators examined specific medical diagnoses occurring at least a year following fertility testing. The men’s average age was 33 years, and all were considered healthy prior to testing.

Compared with fertile men, infertile men had a 30%, 48%, 48%, and 67% increased risk of diabetes, ischemic heart disease, alcohol abuse, and drug abuse, respectively, according to results published online ahead of print in Fertility and Sterility. Men with azoospermia, the most severe type of male infertility, also had twice the risks of renal disease and alcohol abuse. To minimize confounding, results were adjusted for predisposing risk factors, including age, obesity, smoking, and healthcare utilization.

“I think it’s important to know that sperm counts and fertility may tell a little more than just about reproductive potential,” Dr. Eisenberg said in a press release. “There may be some other aspects that men could be alerted to about overall health.”

Based on the findings, clinicians may want to encourage follow-up care of their infertile patients. Previous research has found links with testicular cancer.

The researchers mentioned several theories that might explain the increased risks. Lower levels of circulating testosterone in infertile men may contribute to cardiovascular disease. Harmful environmental exposures during fetal development could have led to reproductive and other health problems.

Among the limitations, the investigators acknowledged they were unable to evaluate factors such as race and lifestyle. Future research is still needed. 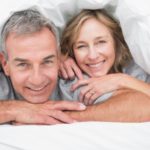 Why Men Are Satisfied With Penile Implants