The relative risks and benefits of TRT have been much debated, especially in elderly men with comorbid conditions. While testosterone’s effects on the reproductive system, bone structure, body composition, and hematopoiesis have been well documented, much less is known about how testosterone affects men’s psychological state, particularly younger men with hypogonadism, who have reported anxiety, depression, and worse quality of life.

Lina Lasaite, PhD, of the Lithuanian University of Health Sciences, and colleagues assessed 19 men aged 18 to 56 (the majority younger than 30) before and after 2 years of TRT treatment. The investigators employed various psychological tests gauging such aspects as cognition, anxiety, fatigue, depression, and a quality of life questionnaire. None of the men had psychiatric, cerebral, or somatic disorders. All patients received a 1000-mg injection of testosterone undecanoate every 10 to 14 weeks to attain optimal testosterone levels, defined as 17.6 to 34.1 nmol L.

According to results published in Andrologia, TRT was associated with better scores in several domains of cognitive functioning, including attention and visual scanning abilities, executive function (i.e., planning and strategizing), and psychomotor speed. No improvements were reported in emotional state or quality of life, however.

The findings from previous studies on TRT have been mixed, which might result from the differences in patients’ ages, hypogonadism severity, and testosterone level achieved with TRT, according to the investigators. Future studies with larger populations are warranted to confirm the findings, including in men whose testosterone levels decline with age or illness.

With regard to the study’s potential clinical implications, Dr Lasaite and colleagues noted: “Evaluation of men suffering from hypogonadism (not only elderly, but also young adults) and undergoing testosterone replacement therapy should not be limited to metabolic and functional parameters alone, but should also address psychological aspects and quality of life; if any psychological problems are found, they should be managed and followed up by specialists.” 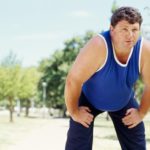