Testosterone replacement therapy (TRT) is associated with a lower risk of adverse cardiovascular (CV) events among men with testosterone deficiency, according to a new study.

“While these findings differ from those of recently published observational studies of TRT, they are consistent with other evidence of CV risk and the benefits of TRT in androgen-deficient men,” the investigators wrote.

Previous studies have found an association between low serum testosterone levels in aging men and an increased risk of coronary artery disease as well as an inverse relationship between serum testosterone and carotid intima thickness, Dr Cheetham’s team pointed out.

The researchers defined testosterone deficiency as a coded diagnosis and/or a morning serum total testosterone level below 300 ng/dL.

With regard to study limitations, the investigators noted that their criterion for identifying men with testosterone deficiency (a diagnosis or at least 1 morning testosterone measurement) does not meet the strict criteria established by the Endocrine Society. “Therefore some individuals in the study could be misclassified as being androgen-deficient.” In addition, as the study was observational in design, “unmeasured confounding may have had an influence on the results; unmeasured confounders could possibly influence clinicians to selectively use testosterone in healthier patients.”

In an accompanying editorial, Eric Orwoll, MD, of Oregon Health & Sciences University in Portland, commented that while the study by Dr Cheetham’s group “provides reassuring data concerning the effects of testosterone on cardiovascular health, convincing answers about this question—and other safety issues like prostate health—remain elusive and will require large, prospective randomized trials.

“At this point, clinicians and their patients should remain aware that the cardiovascular risks and benefits of testosterone replacement in older hypogonadal men have not been adequately resolved.” 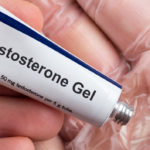