Testosterone levels in men may be determined by childhood environment rather than genetics, according to new study findings published in Nature Ecology & Evolution.

Kesson Magid, PhD, and colleagues of the University of Durham in the United Kingdom compared salivary testosterone levels, height, weight, and age at puberty onset in Bangladeshi men raised in various environments: middle-class residents in Bangladesh (107 men); Bangladeshi men who migrated to the UK as children (59 men); adult immigrants to the UK (75 men); and UK-born children of Bangladeshi migrants (56 men). The researchers assumed the men would share some dietary and lifestyle habits. Europeans born in the UK (62 men) from the same neighborhoods and socioeconomic class were also studied for comparison.

“A man’s absolute levels of testosterone are unlikely to relate to their ethnicity or where they live as adults but instead reflect their surroundings when they were children,” Dr Magid explained in a release from Durham University. Bangladesh presents more ecologic risks than the UK, including higher exposure to infectious diseases and worse health care, the investigators noted. Men raised in Bangladesh probably spent more energy fighting off infection than producing testosterone. By adulthood, men’s testosterone levels appeared far less influenced by their surroundings.

“Very high and very low testosterone levels can have implications for men’s health and it could be important to know more about men’s childhood circumstances to build a fuller picture of their risk factors for certain conditions or diseases,” co-author Gillian Bentley, PhD, stated. 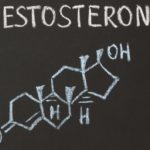