HOUSTON—Lifestyle modifications that lead to weight loss may help reduce the prevalence of low testosterone levels by almost 50% in overweight, prediabetic middle-aged men, according to a new study presented at The Endocrine Society’s 94th Annual Meeting.

The researchers analyzed anthropometric variables (body mass index [BMI], waist circumference), physical activity (metabolic equivalent hours/week), insulin sensitivity (homeostatic model assessment (HOMA-IR) and reproductive hormone levels (testosterone and luteinizing hormone [LH]) at baseline and at 12 months. Men were excluded from the study if they had a known diagnosis of hypogonadism or were taking medications that could interfere with testosterone levels. Lifestyle modifications consisted of exercising for 150 minutes a week and eating less fat and fewer calories.

The mean age of the men at baseline was 53.9 years and the mean BMI was 31.9 kg/m2.  The researchers observed that the mean testosterone levels (407 ng/dL) were not significantly different among treatment groups at baseline and in the group as a whole did not change (417 ng/dL at 12 months). However, the men randomized to lifestyle modification had a 15% increase in testosterone levels (417 vs. 460 ng/dL). The researchers observed no change in LH (3.1 vs. 3.1 IU/L). Testosterone levels were unchanged in the other two treatment groups.

Changes in testosterone levels correlated with changes in body weight, waist circumference, and HOMA-IR. They observed no relationship between change in testosterone and physical activity levels. “We didn’t see any benefit with exercise. That surprised us. I thought that it would lead to some improvement in testosterone, but we were not able to see any relationship there,” Dr. Hayes told Renal & Urology News.

Men in the lifestyle modification group lost an average of about 17 pounds (7.8 kg) over the one-year study. “Losing weight not only reduces the risk of prediabetic men progressing to diabetes but also appears to increase their body’s production of testosterone,” Dr. Hayes said. 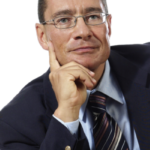