Cindy N. Roy, PhD, of Johns Hopkins University in Baltimore, and colleagues conducted a double-blind study of 788 men aged 65 years and older who had average testosterone levels less than 275 ng/dL. Of these, 126 had anemia (hemoglobin levels of 12.7 g/dL or less), 62 of whom had no known cause. Investigators randomly assigned men to receive testosterone gel or placebo for 12 months. The main outcome measure was the proportion of men with unexplained anemia whose hemoglobin levels increased by at least 1.0 g/dL in response to testosterone compared with placebo.

Among men with unexplained anemia, a significantly greater percentage of those on TRT compared with placebo had a 1.0 g/dL or greater increase in hemoglobin at month 12 (54% vs 15%) and correction of anemia at month 12 (58.3% vs 22.2%), the investigators reported online ahead of print in JAMA Internal Medicine. In addition, TRT resulted in a significantly greater percentage of men with anemia of known cause whose month 12 hemoglobin levels had increased by at least 1.0 g/dL compared with placebo (52% vs 19%).

“Among older men with low testosterone, testosterone treatment significantly increased hemoglobin levels in those with unexplained anemia and those with anemia associated with known causes,” Dr Roy and her colleagues concluded. “These increases may be of clinical significance, as suggested by the magnitude of the increases and the correction of anemia in the majority of men. … These results also suggest that measurement of serum testosterone levels might be considered in men 65 years or older who have unexplained anemia and symptoms of hypogonadism.”

In a separate study published online ahead of print in JAMA Internal Medicine, researchers led by Peter J. Snyder, MD, of the Perelman School of Medicine at the University of Pennsylvania in Philadelphia, found that older men on TRT for 1 year experienced increased volumetric bone mineral density (vBMD) and estimated bone strength compare with men who received placebo. The beneficial effect was greater in trabecular than peripheral bone and in the spine compared with the hip.

Study strengths included unequivocally low testosterone levels of study participants, the double-blind study design, and excellent participant retention, according to the researchers. In a discussion of study limitations, they noted that because all patients had low serum testosterone levels, the results apply only to this population. Also, most men did not have osteoporosis by baseline T-scores, so “the results cannot be extrapolated to men who have osteoporosis but not low testosterone.”

Dr Orwoll pointed out that the study was not designed to address whether TRT decreases fracture risk. “This is an essential question that has important clinical implications.” 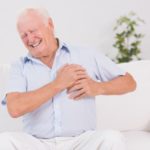