Despite the advantages of RARP,  even patients with well-preserved neurovascular bundles (NVBs) have a convalescent period characterized by incontinence and impotence, researchers noted. “This delay is probably due to an inflammatory response caused by traction injury to the NVB,” they stated.

Amniotic nerve wraps have been used for wound healing in other types of surgery. The amniotic membrane contains factors that may promote nerve cell survival and axon regeneration after RARP, they suggest.

For the study, Vipul R. Patel, MD, and colleagues at Florida Hospital-Celebration Health in Celebration, Florida, studied 58 patients who underwent full nerve-sparing RARP at the institution from March 2013 to July 2014 and received the graft. A single surgeon performed all of the procedures. The amniotic membrane was cut into two long pieces and placed over each neurovascular bundle as a nerve wrap after removal of diseased tissue and anastomosis.

For comparison, the investigators used a computer system to find a similar set of 58 RARP patients who received no graft. All patients were continent and potent before surgery. Following surgery, some patients took phosphodiesterase type 5 inhibitors.

At 8 weeks after surgery, 81% of patients who had received the graft were continent (versus 74.1% of the no-graft group), according to results published online ahead of print in European Urology. In addition, 65.5% of graft patients had returned to potency (compared with 51.7% of the no-graft group). The average time to potency and continence were significantly shorter in the graft group: 1.34 versus 3.39 months and1.21 versus 1.83 months, respectively. Scores from the Sexual Health Inventory for Men were also significantly higher (16.2 vs. 9.1).

No adverse effects from the graft were reported. The graft also did not appear to increase operative time or blood loss.

The investigators note that a randomized trial and cost-benefit analysis of the graft are now underway. In this study, the cost of the AmnioFix graft by MiMedx Group was $900 per patient. The lead researcher disclosed that he is a consultant for MiMedx. 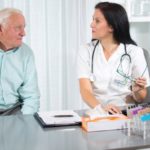