Men with erectile dysfunction (ED) who were in the placebo arm of clinical trials of phosphodiesterase 5 inhibitors (PDE5Is) had significant improvement in erectile function, with a more pronounced effect among men with posttraumatic stress disorder (PTSD) according to a recently published systematic review and meta-analysis.

In addition, phosphodiesterase 5 inhibitors (PDE5Is) did not differ significantly from placebo in their effect on erectile function among men who experience ED following prostate surgery or radiotherapy.

“The findings suggest that contextual factors are important in the delivery of care to patients with sexual dysfunction, and the lack of difference in response between placebo and [PDE5Is] in certain patient subgroups suggests that clinical practice should change,” Alexander Stridh, MSc, of the Karolinska Institute in Stockholm, Sweden, and colleagues wrote in JAMA Network Open.

The systematic review and meta-analysis included 63 double-blind, placebo-controlled trials of PDE5Is for ED that enrolled a total of 12,564 men. The main outcome was improvement in the erectile function domain of the International Index of Erectile Function questionnaire.

In background information, the authors observed: “Given the reputation of this class of drugs, it seems possible that some of the effects of the drugs may be related to the power of belief.” 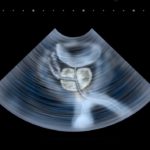