Erectile dysfunction (ED) is associated with gout, whether it develops organically or psychologically, according to a new study.

For the population-based study, Chia-Hung Kao, MD, of China Medical University Hospital in Taiwan, and colleagues analyzed the medical records of 35,265 gout patients from Taiwan’s national health insurance research database, 2000 to 2011. Of these, they identified patients later diagnosed with organic ED or psychogenic ED, defined as an inability to experience arousal due to mental or emotional challenges. For comparison, the investigators also examined ED incidence in 70,529 controls without gout from the general population.

After adjustment for age and comorbidities, men with gout were 1.21 times more likely to develop ED than men without a gout diagnosis, according to findings published in the European Journal of Internal Medicine. Gout patients had a 1.52 times greater risk of organic ED and a 1.18 times increased risk of psychogenic ED. ED risk was greater among gout patients with comorbidities, including chronic kidney disease, diabetes, hyperlipidemia, depression, and anxiety by 47%, 31%, 50%, 101% and 50%, respectively.

“ED is multifactorial and can be caused by vasculogenic or psychogenic problems,” the investigators stated. Among the possibilities, ED might be a gout complication, they suggested, and treating physicians should consider this risk in men with gout.

In a discussion about possible mechanisms, the researchers noted that the inflammatory response that characterizes gout can increase the risk of cardiovascular disease (via atherosclerosis and endothelial dysfunction), which has been linked with organic ED. Similarly, men with gout pain experience stress, which can contribute to psychogenic ED, possibly via cortisol. Gout treatment with glucocorticoids may also impair erection.

Among the study limitations, the investigators noted that some ED diagnoses could have made based on physicians’ subjective assessment rather than the objective International Index of Erectile Dysfunction. They also could not gauge the influence of important lifestyle factors, such as obesity and smoking, or biochemical factors, such as hormone levels.

In separate study published recently online ahead of print in The Journal of Rheumatology, Wei-Sheng Chung, MD, of Taichung Hospital in Taichung City, Taiwan, and colleagues found that men with gout had a 21% increased risk of ED in adjusted analyses compared with controls without gout. Compared with patients who did not have gout or comorbidities, those with both gout and any comorbidity had a 2-fold increased risk of developing ED. 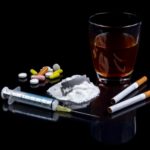