Most men on hemodialysis (HD) have erectile dysfunction (ED) and do not receive treatment for the condition, a multinational study found.

Of 946 male HD patients who provided complete data on ED, 83% reported ED and 47% reported severe ED, according to a report published online ahead of print in Nephrology Dialysis Transplantation. The prevalence of ED was highest among unmarried men (94%). Compared with unmarried men, married men had a 51% lower risk of ED. Each one-year increment in age was associated with a 6% and 10% increased risk of ED and severe ED, respectively.

The strongest predictor of ED was depressive symptoms. ED was 2.4 times more likely to occur in men with depressive symptoms than in those without these symptoms.  Additionally, compared with employed men, those receiving a pension or who were unemployed had a 2.0 and 1.8 times increased risk of ED, respectively.

The study also revealed that only 3% of those with ED and 2% of those with severe ED reported receiving pharmacologic treatment. “The reasons behind such a lower intervention rate are that we still have suboptimal evidence about the benefits and harms of drugs used to treat ED in people on hemodialysis, there is low awareness from treating clinicians, patient embarrassment and the importance of symptoms relative to the patients’ overall health concerns,” said lead investigator Prof. Giovanni F. M. Strippoli, MD, PhD, Senior Vice President Scientific Affairs of Diaverum AB, a provider of renal services.

The researchers observed that the ED prevalence in men on HD is markedly higher than that of the general population, in which 10%-40% of men report one or more features of sexual dysfunction. The authors proposed that men receiving HD should be routinely asked about ED using existing and easily accessible validated instruments.

Prof. Strippoli and his colleagues reported that they were not able to confirm previous observations that anemia, hypertension, or dyslipidemia were associated with ED risk.

They noted that their study of ED in HD patients is the largest to date and included men from several HD centers and countries, “facilitating our ability to identify the key correlates of erectile dysfunction by adjusting for important confounding variables that have not previously been accounted for, particularly depressive symptoms.” Of particular importance, the researchers noted, they collected data on ED and depression using validated instruments.

With respect to potential study limitations, the authors noted that their overall response rate of 59% raises the potential for responder bias. They added, however, that the response rate is consistent with or better than any other prior studies of ED in patients with chronic kidney disease. 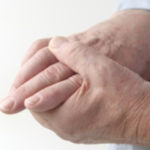