The presence and severity of erectile dysfunction (ED) and a low estimated glomerular filtration rate (eGFR) may be used together to predict the likelihood of coronary artery disease (CAD) in male patients, according to researchers. Such early detection of CAD is potentially lifesaving when steps are taken to reduce the chances of a heart attack.

This small study confirmed links between ED, eGFR, and the number of clogged coronary arteries in CAD patients.

Average eGFRs were similar across CAD patient groups. The eGFR was significantly lower in the presence of ED only for single-vessel disease.

“[T]he examination of patients with other risk factors for the presence or severity of ED may give some clues to the presence of prior CAD,” the investigators suggested. They also cited a study that indicated the penile vascular bed might be a “sensitive and early indicator of systemic vascular disease.”

The association of ED and chronic kidney disease (CKD) with CAD is well-known. These conditions may increase the risk of CAD or predict its development.

A variety of pathways may link these conditions. For example, endothelial dysfunction is common to all 3 conditions. ED, CKD, and cardiovascular disease also share common risk factors, such as cigarette smoking and obesity.

The investigators were unable to assess the possible effects of testosterone and drugs, such as ACE inhibitors and oral diabetes medications.

Preliminary research in animals highlighting the nitric oxide pathway hints that phosphodiesterase type 5 inhibitors might have clinical value in the treatment of CKD with CAD and ED. 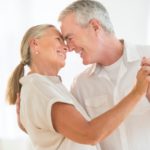