Matthew R. Weir, MD, is director of the division of nephrology and professor of medicine at the University of Maryland School of Medicine in Baltimore. Dr. Weir was the lead investigator of a clinical trial demonstrating the safe and efficacy of patiromer in the treatment of hyperkalemia in patients with kidney disease receiving renin-angiotensin-aldosterone system (RAAS) inhibitors and participated in other clinical trials of patiromer. Patiromer recently received FDA approval for the treatment hyperkalemia. He spoke with Renal & Urology News about what patiromer and another hyperkalemia drug in the pipeline, sodium zirconium cyclosilicate (ZS-9), could mean for patient care going forward.

What are some of the unresolved issues in hyperkalemia treatment?

Dr. Weir: The major issue really is how best to deal with it. Acute management is not going to change. Chronic management is much more of a big deal. What most doctors do is either give sodium polystyrene sulfonate and stop or reduce the dose of RAAS [renin-angiotensin-aldosterone system] inhibitors. They’ll do anything and everything they can to avoid trouble. The problem is that we do not have a safe, well-tolerated strategy to deal with chronic hyperkalemia. Even if people have heart failure or kidney failure, doctors opt out of what is the most appropriate therapy.

I honestly believe that we need to tackle this. It’s going to be important to us clinically, moving forward, to figure out a strategy to increase the use of RAAS blockers—ACE inhibitors, angiotensin receptor blockers, and mineralocortoid receptor antagonists in our patients with kidney disease and heart disease. If these agents [patiromer and ZS-9] prove to be as safe and effective as they appear to be in clinical trials, it really may open up the window for us to optimize RAAS blockade or aldosterone blockade, even in people with chronic kidney disease.

What is the incidence of hyperkalemia among chronic kidney disease (CKD) patients on RAAS inhibitors?

Dr. Weir: It depends on how advanced the kidney disease is. It could be as much as half of all patients, if not more. In my practice, it’s at least 20% to 25%.

Do you think patiromer and sodium zirconium cyclosilicate (ZS-9), which is in clinical trials, can improve the management of CKD?

Dr. Weir: Absolutely. I really think they will make a difference. The reason is they’re well tested, they appear to be very safe, and I think there will be greater awareness of a topic that has long been neglected just because there were no adequate treatment strategies.

How do patiromer and ZS-9 compare? Does one have advantages and disadvantages versus the other?

Dr. Weir: There are no head-to-head studies comparing them. As I view the clinical data, it appears that they are very similar in overall efficacy. ZS-9 has a quicker onset of action, which I don’t think makes a difference in chronic care because it binds potassium higher up in the gut, whereas patiromer works more in the colon. You may see effects from ZS9 in 2 hours, whereas with patiromer, more like 4 or 5 hours. Both are powdered substances which are tasteless and odorless and dissolved in water.

The only major difference that I see is that the patiromer exchanges for calcium whereas ZS-9 exchanges for sodium. That may make a difference in terms of long-term effects on blood pressure. More studies need to be done to clarify possible differences between these drugs in this regard.

One of the potential complications of these new medications is that they may bind with other medications. What is your take on that?

Dr. Weir: In vitro testing showed that patiromer binds a number of different drugs. Whether this is of clinical relevance is not yet known. For example, patiromer binds furosemide, metroprolol, and amlodipine, which are probably 3 of the most common drugs we use in CKD patients. Yet, in clinical studies, the systolic blood pressure drops about 5 mm Hg. The FDA has strongly suggested that there be a 6-hour window between dosing of medication and use of patiromer. I don’t know if ZS-9 will have a similar restriction or not.

What do you see as the ideal hyperkalemia drug?

Dr. Weir: Safe, effective, and well tolerated. Cost may be an issue. I suspect that these drugs are going to come out with price points comparable to phosphate binders. 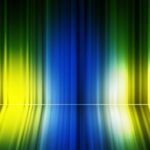 In a New Light: NBI for Bladder Cancer