Most have seen the Dartmouth Atlas map of U.S. obesity rates by state. Nearly one in three Americans is obese and therefore at increased risk of heart disease, diabetes, hypertension, CKD, and other potentially preventable ailments.

Although data suggest that cancer rates are also higher in obese patients, the associations are largely based on observational/population studies. Regarding prostate cancer (PCa), new data suggest three clinically significant relationships between obesity and PCa: 1) obese men are less likely to be diagnosed with PCa; 2) when they are diagnosed, they are more likely to harbor aggressive disease; and 3) weight loss may mitigate the shortcomings of screening and slow down tumor growth.

In overweight men, the primary means of early PCa detection (PSA screening and digital rectal examination [DRE]) are less reliable. It has been hypothesized that lower PSA values in obese men may be due to dilution secondary to increased blood volumes. Moreover, DRE is difficult to perform in obese men and therefore may be less often performed and/or inadequately interpreted. Lower PSAs and inadequacy of DRE may impair early detection of PCa. Additionally, obese men often have larger prostates, resulting in a higher risk of sampling error on biopsy. The net result is that obese men are less likely to be diagnosed with PCa then their slimmer counterparts.1

Several investigators have noted an association between obesity and aggressive PCa. To further explore the relationship, Andriole et al. analyzed the results of the REDUCE PCa prevention trial comparing daily dutasteride to placebo in men with PSA levels of 2.5-10 ng/mL and a negative biopsy. Importantly, all men underwent protocol-mandated biopsies at two and four years regardless of PSA/DRE results. The investigators evaluated the relationship between BMI and PCa risk/Gleason score and noted that obese men (body mass index greater than 30 kg/m2) had a significant 28% increased likelihood of being diagnosed with high-grade PCa.2  While the biological cause of the association is unclear, it is likely that growth factors, cholesterol, androgens/estrogens, insulin resistance and/or adiponectin play a role.3

Whether weight control diminishes the risk or alters PCa biology is uncertain. Nevertheless, it remains our role as physicians to alert obese men that their risks extend beyond cardiovascular concerns and to counsel that weight may be one of the few modifiable risk factors to prevent death from PCa.  Awareness is always the first step. 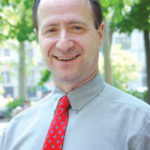