Nephrologists are essential in the care of the patient with HIV-related kidney diseases.

However, the field of HIV medicine has expanded at such a tremendous rate that providers outside the subspecialty have difficulty staying abreast of all the developments. While greater knowledge and advanced therapies have resulted in dramatic improvements in survival, they have also led to significant controversies, some of which relate to organ-specific toxicities of antiretroviral medications.

The risks related to the renal toxicities of tenofovir and the cardiovascular toxicities of abacavir will be described in detail here. Two common threads link the literature on these toxicities: Patients with kidney disease frequently have cardiovascular disease (CVD), and studies examining both toxicities leave many questions unanswered.

Much has been written on the renal toxicities of tenofovir. Because of the well-described toxicities of a similar preceding compound, adefovir—which was tested for HIV and later approved at significantly reduced doses for hepatitis B—potential complications related to tenofovir were quickly identified.

While the toxicity most often observed with tenofovir is acute kidney injury (AKI), most reports detail patients on tenofovir who have AKI rather than truly proving that their AKI was caused by tenofovir (Am J Med Sci. 2002;324:342-344 and Clin Infect Dis. 2003;37:e41–e43).

This is in part due to the infrequency with which patients who have AKI (either with or without identifiable “causes”) undergo biopsy. These reports cannot establish the nature and extent of the risk of tenofovir-induced AKI because they lack testing for AKI specifically related to tenofovir.

While a toxicity has been clearly demonstrated by case reports in which pathognomonic karyomegaly has been identified on kidney biopsy (Clin Infect Dis. 2003;36:1070-1073), the majority of the literature does not specifically link the AKI to tenofovir. The frequency and risk factors for this toxicity are difficult to discern given the possibility that some of these reports might be true but unrelated to tenofovir.

Cohort studies and secondary analyses of completed randomized controlled trials have a similar limitation with respect to diagnostic specificity related to tenofovir as the cause. These reports describe the differences in kidney function over time among persons receiving and not receiving tenofovir-containing regimens (AIDS. 2008;22:2155-2163 and  Clin Infect Dis. 2005;40:1194–1198).

Many reports demonstrate a gradual loss of kidney function over an extended period of time for the group receiving tenofovir, but none provides insight into the nature of the insult (a pathobiology similar to that of nonsteroidal anti-inflammatory drugs in interstitial nephritis, for example). A single report of patients who underwent kidney biopsy revealed six cases of interstitial nephritis among the 30 patients biopsied (Virchows Arch. 2007;450:665-670).

While acute interstitial nephritis was observed in only one of 19 patients without atazanavir or tenofovir treatment, three of the patients receiving tenofovir and atazanavir had this histologic finding on biopsy. This study is far from establishing a definitive relationship between tenofovir and interstitial nephritis, although it does lay a foundation to suggest the relationship exists.

This mechanism for a subacute increase in creatinine in patients on medication regimens such as these deserves further investigation. Other studies suggest that the concurrent use of certain medications, such as protease inhibitors, may augment this risk (J Infect Dis. 2008;197:102-108), but  the evidence truly linking the risk to tenofovir is hardly definitive.

While the role HIV itself plays in an increased risk of MI has been known for many years (J Acquir Immune Defic Syndr. 2003;33:506-512), more and more recent attention has been focused on the MI risk associated with certain antiretroviral medications.

The D:A:D study is an international collaboration of 11 cohorts following 33,347 HIV-infected individuals for 157,912 person years (Lancet. 2008;371:1417-1426). Among these patients, recent use of abacavir or didanosine was associated with an increased risk of MI. Compared with those patients who had not used these medications, those who recently had used abacavir or didanosine had a 90% and 49% increased risk of MI, respectively.

Interestingly, the rates of MI in patients who stopped either abacavir or didanosine for six months were not significantly different than the rates for those who had never taken them. Finally, the increased risk associated with recent use of abacavir (but not didanosine) was greatest among those with cardiovascular risk factors.

Multiple studies have been presented at scientific meetings since those results were published. Some studies confirm this association; some refute it. In a presentation at the 2008 AIDS Conference in Mexico City, Strategies for Management of Antiretroviral Therapy (SMART) investigators reported on a study that randomized subjects to continuous antiretroviral therapy vs. planned antiretroviral holidays (www.aids2008.org/Pag/Abstracts.aspx?SID=291&AID=16113, accessed September 9, 2009).

When examined as an observational data set, patients using abacavir had a significant 4.3 times increased risk of MI. The STEAL study randomized patients to abacavir and lamivudine vs. tenofovir plus emtricitabine. Researchers who presented results at the 2009 Congress on Retroviruses and Opportunistic Infections in San Francisco reported eight cardiovascular events in the abacavir arm as compared with one in the tenofovir arm.

One study that did not support this association was a retrospective analysis of the registrational studies of abacavir (Lancet. 2008;371:1413). With almost 15,000 patients examined, no increased risk of MI was seen among those receiving abacavir. While other studies both supporting and refuting this association have been published, the magnitude of the risk and the key subgroups at greatest risk if the risk truly does exist are unclear. 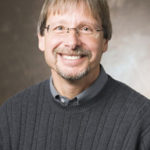