Does this patient have medullary cystic kidney disease?

Medullary cystic kidney disease (MCKD) is a rare inherited renal disorder characterized by multiple medullary cysts and tubular-interstitial fibrosis in kidneys that are small to normal in size.

A historical term “Juvenile nephronophthisis-medullary cystic disease complex” was created to describe two histopathologically similar diseases: familiar juvenile nephronophthisis (FJN) and medullary cystic kidney disease. Besides the histological similarity, however, they are independent disorders with different inherent patterns and age of onset. MCKD is typically autosomal dominantly inherited and usually results in end-stage renal disease (ESRD) between the fourth to seventh decades of life. The incidence of ESRD caused by MCKD is 0.1% in the United States.

The key symptom of MCKD is urinary concentrating defect that results in polyuria, secondary enuresis, and consistently drinking through the night. Acute gouty arthritis is another feature of this disorder.

The similar appearance of the renal histology in cases of FJN and MCKD led to the historical association of these two disorders. FJN has an autosomal recessive inheritance pattern and is one of the most common genetic causes of ESRD in the pediatric population. In contrast, MCKD has an autosomal dominant inheritance pattern (Figure 1) and usually results in ESRD between the fourth to seventh decades of life. A biopsy is necessary to distinguish MCKD from glomerular cystic disease where cystic dilation of Bowman’s capsule and the initial proximal convoluted tubule.

Autosomal recessive polycystic kidney disease (ARPKD) is characterized by bilateral renal enlargement, often when the fetus is still in utero, resulting from diffuse ectatic dilatation of the distal collecting ducts, leading to renal cysts. Congenital hepatic fibrosis is a universal and differentiating feature of ARPKD. Unlike MCKD, ARPKD occurs early and is inherited in an autosomal recessive manner. In general, it is possible to distinguish ARPKD from MCKD when biopsy, ultrasonographic results, and family history are properly collected.

The disease prevalence and number of MCKD families is underestimated, since the condition has a relatively late onset, is often oligosymptomatic, and patients often come to clinic attention only after reaching ESRD. In these cases a biopsy may not be performed and a definitive diagnosis may not be established. With the usually bland urinalysis, aggressive diagnostic approach such as biopsy less likely to be pursued.

The laboratory evaluation of MCKD patients includes a urine dipstick and microscopic urinalysis, which usually present with a low specific gravity reflecting a significant urinary concentration defect, as well as a reduced fractional excretion of uric acid, but the urinalysis is otherwise unremarkable, without significant proteinuria or hematuria.

Vit D 25 and Vit D 1,25: for those with advanced renal insufficiency (chronic kidney disease [CKD] Stage 3 or 4) are also indicated.

Lipid panel: All patients with underlying renal disease will need a lipid panel since they are at higher risk for cardiovascular disease.

Kidney size is either normal or reduced in MCKD, and ultrasound demonstrates increased echogenicity, loss of corticomedullary differentiation, and medullary cysts (Figure 2). In some cases, these abnormalities may be too subtle for detection with ultrasound; cysts range in size from 1 to 15mm and usually arise from the distal convoluted tubule or medullary collecting duct; cysts may not be apparent by imaging early in the course of disease (Figure 3) and (Figure 4).

Although a presumptive diagnosis of MCKD can be made on the basis of clinical features and the renal histopathology seen on biopsy, the only way to definitively diagnose these disorders and ascertain the type of MCKD is through genetic testing. Therefore, it’s important to consult a geneticist/genetic counselor.

How should patients with medullary cystic kidney disease be managed?

No disease-specific therapy is recommended. Conservative therapies known to slow the progression of kidney disease and those appropriate to treat the attendant manifestations of reduced kidney function (including anemia, acidosis, and hyperparathyroidism, urinary tract infection, hypertension if present) remain the standard of care.

Xanthine oxidase inhibitors and uricosurics can be used to treat hyperuricemia.

There is no evidence of recurrent disease after successful transplantation.

What happens to patients with medullary cystic kidney disease?

Patients with MCKD will experience a urinary concentrating defect, frequent urination, and constant thirst. Kidney function may remain stable or demonstrate a slow decline, and usually result in ESRD in the 4th-6th decades. Renal replacement therapy is required in this stage and disease reoccurrences were not observed after transplant. For patients who develop hyperuricemia or gouty arthritis, xanthine oxidase inhibitors and uricosurics will help to reduce plasma uric acid concentrations.

Two genetic loci have been identified for MCKD: MCKD1 on 1q21 and MCKD2 on 16p12. The causative gene for MCKD type1 (MCKD1) has not been identified. Mutations in uromodulin, the Tamm-Horsfall protein, have been shown to cause MCKD type2 (MCKD2), familial juvenile hyperuricemic nephropathy (FJHN), and glomerulocystic kidney disease. Uromodulin is expressed in the thick-ascending limb of the nephron; it is the matrix protein for casts and is the most abundant protein in the urine.

(A review of ADPKD and ARPKD diagnosis and developing therapies in childhood polycystic kidney disease care.)

It has been observed that if the angiotensin-converting enzyme gene (ACE) is knocked out in mice, they develop a renal syndrome that resembles nephronophthisis or MCKD. Increased levels of cyclic adenosine monophosphate (cAMP) have been seen in the renal tubular epithelial cells of a mouse model of MCKD, suggesting that cAMP is functioning as a second messenger in the abnormal proliferation of renal epithelial cells, although the mechanism is unclear.

If MCKD is diagnosed, the patient should receive genetic counseling regarding family risk and planning, and start to receive treatment if necessary. The patient should be told that each child of an affected person has a 50% chance of inheriting the disease gene. Each at-risk family member should be informed of the methods of diagnosis and of the availability of prenatal diagnosis. However, before a diagnostic test is performed, every subject also needs to be informed about the consequences of diagnostic screening, particularly regarding insurability, to permit informed judgment.

Nurses should educate their patients to take water and sodium supplement appropriately.

Nurses should help with performing blood pressure checking, remind patients to take the right dose of medication, and assist physician-patient communication. Home blood pressure monitoring is an important feature of management/administration of required subcutaneous and intravenous medications such as erythropoietin will be supported by nurses.

Since conservative therapies are the standard care for now, in order to preserve kidney function, regular medicine is used to fight symptoms associated with reduced kidney function, such as hyperuricemia, hypertension, anemia, acidosis, hyperparathyroidism, and so on.

Dietitians should assist physicians to educate individuals with MCKD to take steps to slow the progression of kidney disease, such as encouraging patients to balance their sodium and water intake and reduce protein intake (renal diet) to preserve kidney function.

Patients whose condition progresses to ESRD and who require renal replacement therapy will need their nephrologists and transplant team to cooperate well for a successful transplant. A physical therapist may be involved in post-surgery care.

Family history information with regard to affected parents and siblings help with the diagnosis. A geneticist may explain that MCKD, as an autosomal dominant disease, would pass down from parents to children 50% of the time.

This disease is too rare to have evidence-based guidelines at this time. It is necessary to provide renal replacement therapy (dialysis and transplant) information to patients at high risk of developing ESRD. 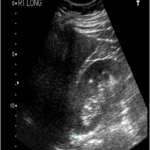