Does this patient have chronic interstitial nephritis (CIN)? 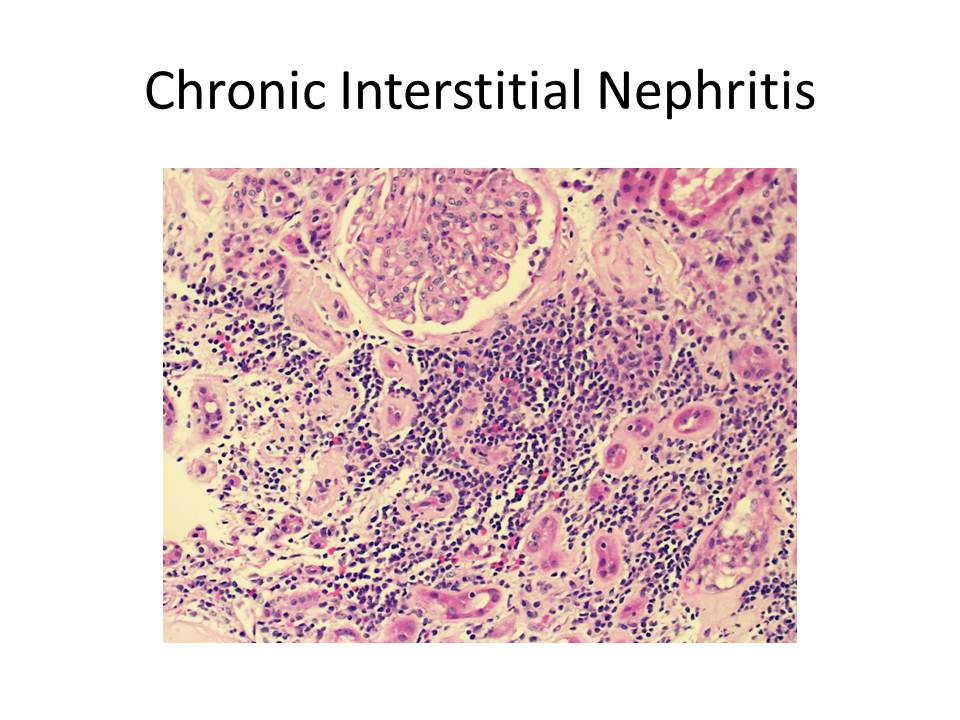 -Thiazides (for hypercalciuria) should be AVOIDED, may predispose to hypercalcemia

-Corticosteroids are the cornerstone of therapy for hypercalcemia and hypercalciuria

-May develop incomplete recovery of renal function 2nd to Nephrosclerosis

Glomerular disease is rare and often associated with mixed cryoglobulinemia

1. Definition = abnormal, retrograde flow of urine from the urinary bladder into the proximal urinary tract