Originally classified as a Corynebacterium, Rhodococcus is now classified as a member of the family Nocardioform, order Actinomycetes. The classification of this genus results from the following properties of rhodococci: mycolic, acid-containing cell walls and production of tuberculostearic acid. Members of this genus lack the ability to ferment carbohydrates and liquefy gelatin, which are characteristic abilities of pathogenic corynebacteria.

Rhodococcus is a facultative intracellular, gram-positive bacteria. It is an aerobic organism. As the name suggests (rhodo = red and coccus = round bacteria) it sometimes appears coccoid in shape. However, the organism is pleomorphic. Depending on nutrient and growth environment, it can also appear in a bacillary form. The bacillary form can appear as a variety of shapes, from curved and long to branched, short filaments.

Infection with Rhodococcus is a zoonosis. It was first discovered in 1923, in sheep with pyogranulomatous pneumonia. Since then, it has been documented in many types of animals, predominately herbivores. In 1967, the first human case was reported in a man being treated with steroids and 6-mercaptopurine for autoimmune hepatitis who developed pneumonia; the organism was isolated from his lung tissue. There were few cases reported subsequently until the time of the human immunodeficiency virus (HIV) epidemic in the 1980s. As impaired cell-mediated immunity in patients seems to play a role in the ability of this organism to cause disease, it follows that more cases have been seen since advances in treatment of malignancies and organ transplantation have led to increases in the numbers of immunocompromised hosts. Historically it has rarely been reported in people with intact immune systems; however, this may be changing because of heightened awareness of the organism.

Rhodococcus includes the following human pathogens: R. equi, R. erythropolis, R. gordoniae, R. fascians (R. luteus), and R. rhodochrous (complex). Most human infections caused by Rhodococcus have been identified as R. equi and much of the literature discusses this organism. Likewise, most of the information in this resource focuses on R. equi. Approximately 10 to 15% of reported infections caused by R. equi have occurred in immunocompetent individuals, although a recent article states a rate as high as 40%.

How do patients contract this infection, and how do I prevent spread to other patients?

What host factors protect against this infection?

What common complications are associated with infection with this pathogen?

How should I identify the organism?

Rhodococcus life cycle: R. equi inhabits the soil and gains entry into the respiratory tract via inhalation of dust/soil particles containing bacteria. In nonhumans, ingestion of soil may be another method of transmission; this, then, can lead to bloodstream infections. The organism replicates within the respiratory tract, is then coughed up, and then swallowed. Replication continues as rhodococci travel through the intestinal tract. Subsequently, Rhodococcus is eliminated by defecation, reintroducing large numbers of the bacteria back into the soil. 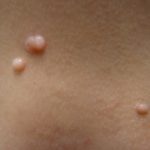