Stroke is defined as the sudden loss of neurologic function due to a vascular event. This can include hemorrhage or ischemia as an underlying cause. The key elements in the initial management of stroke include differentiating between hemorrhagic and ischemic stroke, rapid evaluation for thrombolysis or embolectomy to attempt reperfusion of ischemic tissue, and evaluation for any other possible etiologies mimicking stroke. This is followed by attempts to minimize neurologic damage from the stroke, prevent medical complications, evaluate for potential stroke etiologies to guide secondary prevention efforts, and rehabilitation of neurologic deficits.

A. What is the differential diagnosis for the sudden loss of neurologic function?

Stroke (a vascular cause for symptoms)

Cardioembolic stroke – obstruction of a vessel caused by emboli from the heart, such as thrombus from atrial fibrillation or vegetations from endocarditis

Vasculitic stroke – ischemia triggered by inflammation of the blood vessels

B. The diagnostic approach to the patient with suspected stroke

The single most important piece of history in a patient presenting with a possible stroke is time of symptom onset. History should also characterize the nature of the neurologic symptoms, evaluate for associated symptoms that suggest stroke mimics, assess for contraindications to acute treatments, and focus on any clues to the etiology of the patient’s stroke.

Categorizing features of the stroke

Once the stroke type has been determined, questions should also be directed to finding an etiology for the stroke. For example, it is important to ask about recent neck trauma or neck pain to suggest carotid artery dissection or any IV drug use or fevers to suggest possible endocarditis. This is covered more extensively in the individual stroke sub-type chapters.

In the case of a suspected stroke, the initial neurologic examination should be brief but thorough, as time to reperfusion of ischemic tissue is of the essence. Formal stroke scales such as the modified NIH Stroke Scale (NIHSS) (Lyden et al., 2001) are used to help standardize the assessment of a patient, quantify and communicate the degree of deficits, and assist with prognosis. The modified NIHSS includes 11 high-yield test of neurologic function, including cortical, motor, sensory and cerebellar function as well as cranial nerves. See Table I.

In addition to the modified NIHSS examination, further testing may also include the following:

3. Laboratory, radiographic and other tests useful in the initial evaluation of suspected stroke

In the emergency room

C. Criteria for Diagnosing Each Diagnosis in the Method Above.

III. Management while the Diagnostic Process is Proceeding

E. Thrombolytics and other interventions in acute stroke

G. Common mistakes in the initial management of stroke 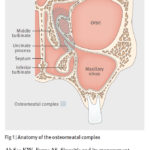