Endomyocardial biopsy (EMB) is a procedure that percutaneously obtains small amounts of myocardial tissue for diagnostic, therapeutic, and research purposes. It is primarily used to (1) follow the transplanted heart for myocardial rejection; (2) diagnose specific inflammatory, infiltrative, or familial myocardial disorders; and (3) sample unknown myocardial masses. EMB is the definitive procedure for examining the myocardium, but is limited by its invasiveness, sampling error and lack of generalized expertise in its performance.

Although not recommended for the routine evaluation of new onset heart failure, EMB is particularly useful when the index of suspicion for a specific disorder (e.g., amyloidosis) is increased.

EMB is almost always performed on an elective basis but may be considered urgently in the setting of hemodynamic collapse of uncertain origin.

EMB is especially useful in the diagnosis of myocardial rejection, myocarditis, amyloidosis, sarcoidosis, and hemochromatosis.

The indications for EMB can be generally divided into two broad categories, transplant and nontransplant. In transplant patients:

Details of how the procedure is performed

Performance characteristics of the procedure (applies only to diagnostic procedures)

Alternative and/or additional procedures to consider

Complications and their management

Cooper, LT, Baughman, KL, Feldman, AM. “The role of endomyocardial biopsy in the management of cardiovascular disease: a scientific statement from the American Heart Association, American College of Cardiology, and European Society of Cardiology. Endorsed by the Heart Failure Society of America and Heart Failure Association of the European Society of Cardiology”. J Am Coll Cardiol. vol. 50. 2007. pp. 1914-31. (This is a position piece that outlines clinical scenarios in which EMB use is most appropriate.)

Hunt, SA, Abraham, WT, Chin, MH. “2009 Focused update incorporated into the ACC/AHA 2005 Guidelines for the Diagnosis and Management of Heart Failure in Adults: a report of the American College of Cardiology Foundation/American Heart Association Task Force on Practice Guidelines developed in collaboration with the International Society for Heart and Lung Transplantation”. J Am Coll Cardiol. vol. 53. 2009. pp. e1-90. (ACC/AHA guidelines including recommendations on EMB.)

Stewart, S, Winters, GL, Fishbein, MC. “Revision of the 1990 working formulation for the standardization of nomenclature in the diagnosis of heart rejection”. J Heart Lung Transplant. vol. 24. 2005. pp. 1710(The classification of allograft rejection by biopsy findings.)

Powered By Decision Support in Medicine.
Jump to Section
Next post in Cardiology 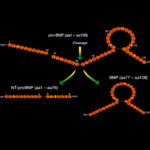 Biomarkers to Diagnose and Determine Risk