I. Wide QRS Tachycardia: What every physician needs to know.

A. Wide Complex Tachycardia: Definition of Wide and Narrow

The normal QRS complex during sinus rhythm is “narrow” (<120 ms) because of rapid, nearly simultaneous spread of the depolarizing wave front to virtually all parts of the ventricular endocardium, and then radial spread from endocardium to epicardium.

II. Diagnostic Confirmation: Are you sure your patient has Wide QRS Tachycardia?

What determines the width of the QRS complex?

The clinical situation that is commonly encountered is when the clinician is faced with an electrocardiogram (ECG) that shows a wide QRS complex tachycardia (WCT, QRS duration ≥120 ms, rate ≥100 bpm), and must decide whether the rhythm is of supraventricular origin with aberrant conduction (i.e., with bundle branch block), or whether it is of ventricular origin (i.e., VT). It is important to note that all the analyses that help the clinician distinguish SVT with aberrancy from VT also help to distinguish single wide complex beats (i.e., APD with aberrant conduction vs. VPD).

The width of the QRS complex, both with aberrancy and during VT, can vary from patient to patient. Scar tissue, as seen in patient with prior myocardial infarctions or with cardiomyopathy, may further slow intramyocardial conduction, resulting in wider QRS complexes in both situations.

During VT, the width of the QRS complex is influenced by:

As is true of all situations in medicine, the clinical context in which the wide complex tachycardia (WCT) occurs often provides important clues as to whether one is dealing with VT or SVT with aberrancy. The following historical features (Table I) powerfully influence the final diagnosis. A WCT that occurs in a patient with a history of prior myocardial infarction can be safely assumed to be VT unless proven otherwise.

It should be noted that hemodynamic stability is not always helpful in deciding about the probable etiology of WCT. Many patients with VT, especially younger patients with idiopathic VT or VT that is relatively slow, will not experience syncope; on the other hand, some older patients with rapid SVT (with or without aberrancy) will experience dizziness or frank syncope, especially with tachycardia onset.

The hallmark of VT is ventriculoatrial (VA) dissociation (the ventricular rate being faster than the atrial rate), the following examination findings (Table II), when clearly present, “clinch” the diagnosis of VT. Absence of these findings is not helpful, since VT can show VA association (1:1 VA conduction or VA Wenckebach during VT). Of course, such careful evaluation of the patient is only possible when the patient is hemodynamically stable during VT; any hemodynamic instability (such as presyncope, syncope, pulmonary edema, angina) should prompt urgent or emergent cardioversion. Therefore, measurement of vital signs and a thorough but rapid physical examination are vital in deciding on the initial approach to the patient with WCT. If the patient is conscious and cardioversion is decided upon, it is strongly recommended that sedation or anesthesia be given whenever possible prior to shock delivery.

Recognition of intermittent “cannon” A waves on the jugular venous waveform (JVP) during ongoing WCT is an important physical examination finding because it implies VA dissociation, and can clinch the diagnosis of VT. The recognition of variable intensity of the first heart sound (variable S1) can similarly be another clue to VA dissociation, and can help make the diagnosis of VT.

Whenever possible, a 12-lead ECG should be obtained during WCT; obviously, this is not applicable to the hemodynamically unstable patient (such as presyncope, syncope, pulmonary edema, angina). Because of this reason, many patients have only ECG telemetry (rhythm) strips available for analysis; however, there is often sufficient information within telemetry strips to make an accurate conclusion about the nature of WCT. Capturing the onset or termination of WCT on telemetry strips can be especially helpful. On a practical matter, telemetry recordings are often erased once the patient leaves that location, and it is important to print out as many examples of the WCT as possible for future review by the cardiology or electrophysiology consultant.

General approach to the ECG showing a WCT

C. Laboratory Tests to Monitor Response to, and Adjustments in, Management.

A special consideration is WCT due to anterograde conduction over an accessory pathway. One such example would be antidromic atrioventricular reciprocating tachycardia (AVRT), where the impulse travels anterogradely (from the atrium to the ventricle) over an accessory pathway (bypass tract), and then uses the normal His-Purkinje network and AV node for retrograde conduction back up to the atrium.

However, such patients are usually young, do not have associated structural heart disease, and most importantly, show manifest preexcitation (WPW pattern) during sinus rhythm. The pattern of preexcitation in sinus rhythm (the “delta” wave) will be exactly reproduced (and exaggerated – so called “full preexcitation”) during antidromic AVRT. Carotid massage and adenosine will terminate this WCT by causing transmission block in the retrograde limb (the AV node).

This is one VT where the QRS complex morphology exactly mimics that of SVT with aberrancy. However, such patients have severe, dilated cardiomyopathy, and preexisting BBB or intraventricular conduction delays (wide QRS in sinus rhythm). Furthermore, there will often be evidence of VA dissociation, with the ventricular rate being faster than the atrial rate, pointing to the correct diagnosis of VT.

Wide complex tachycardia in the setting of metabolic disorders

Electrolyte disorders (such as severe hyperkalemia) and drug toxicity (such as poisoning with antiarrhythmic drugs) can widen the QRS complex. Toxicity with flecainide, a class Ic antiarrhythmic drug with potent sodium channel blocking capabilities, is a well-known cause of bizarrely wide QRS complexes and low amplitude P waves. If the ambient sinus rate is rapid, the resulting ECG may show a WCT. Once again, the clinical scenario in which such a patient is encountered (such as history of antiarrhythmic drug use), along with other ECG findings (such as tall peaked T waves in hyperkalemia) will help make the correct diagnosis.

Pacing results in a wide QRS complex since the wave front of depolarization starts in the myocardium at the ventricular lead location, and then propagates by muscle-to-muscle spread. Any cause of rapid ventricular pacing will result in result in a WCT.

If the pacing artifact (“spikes”) are not large; especially true with bipolar pacing; they may be missed. Known history of pacemaker implantation and comparison to prior ECGs usually provide the correct diagnosis. Dual-chamber pacemakers may show rapid ventricular pacing as a result of “tracking” at the upper rate limit, or as a result of pacemaker-mediated tachycardia.

Figure 1. WCT tachycardia obtained from a 72-year-old man with a history of remote anteroseptal myocardial infarction and reduced ejection fraction.

2. At first observation, there appears to be clear evidence for VA dissociation, with the atrial rate being slower than the ventricular rate. VA “dissociation” is best seen in rhythm leads II and V1.

However, it should be noted that the “dissociated” P waves occur at repeating locations. For complete dissociation, this would require that the VT rate would fortuitously have to be at an exact multiple of the sinus rate.

Furthermore, the P waves are inverted in leads II, III, and aVF, which is not consistent with sinus origin. Therefore, this tracing represents VT with 3:2 VA conduction (VA Wenckebach); this still counts as VA dissociation.

Figure 2. A 56-year-old woman with end-stage renal disease presented with dizziness and altered mental status. She has missed her last two hemodialysis appointments.

The ECG in Figure 2 was obtained upon presentation. Her serum potassium was 7.1 mEq/dl, and with aggressive treatment of hyperkalemia, her ECG normalized.

Figure 3. A 70-year-old woman with prior inferior wall MI presented with an episode of syncope resulting in lead laceration, followed by spontaneous recovery by persistent light-headedness. Her initial ECG is shown.

Figure 4: A 57-year-old woman with palpitations for many years and idiopathic globally dilated cardiomyopathy was admitted for incessant wide complex tachycardia. The ECG in Figure 4 is representative.

The following observation can be made:

Conclusion: Intermittent loss of pacing capture and aberrancy of intramyocardial conduction due to drug toxicity.

Figure 6: A 65-year-old man with severe alcoholism presented with catastrophic syncope while seated at a bar stool resulting in a cervical spine fracture. His ECG showed LBBB during sinus rhythm (left panel in Figure 6).

His echocardiogram showed a severely dilated heart with ejection fraction estimated at 10% to 15%. He proceeded to have an episode of WCT while in bed with dizziness and drop in blood pressure, which self-terminated. He underwent electrophysiology study, where a wide complex tachycardia (right panel in Figure 6) was easily and reproducibly induced with programmed ventricular stimulation.

Figure 7: The telemetry strip shown in Figure 7 (lead MCL or V1) was recorded in a 42-year-old man with no cardiac history.

Figure 8: WCT tachycardia recorded in a male patient on postoperative day 3 following mitral valve repair. He had a history of paroxysmal atrial fibrillation.

Figure 9: After starting intravenous amiodarone, this ECG was obtained.

The following observations can now be made:

The underlying rhythm is now clearly exposed. It is atrial flutter with grouped beating.

The QRS complex is identical to the prior WCT, which was atrial flutter with 2:1 conduction.

Measurement of the two flutter cycle lengths (↔) exactly equals the rate of the WCT in Figure 8.

Figure 10 and Figure 11: A 62-year-old man without known heart disease but uncontrolled hypertension developed palpitations and light-headedness that prompted him to visit his doctor. A rapid pulse was detected, and the 12-lead ECG shown in Figure 10 was obtained.

The following observations can be made from the first ECG:

The emergency medical services were summoned and IV amiodarone was administered. The rhythm “broke” and the 12-lead ECG shown in Figure 11 was obtained.

The following observations can be made from the second ECG, obtained after amiodarone:

Conclusion: Atrial flutter with LBBB aberrancy with unusual frontal axis and precordial progression. The exact same pattern of LBBB aberrancy was reproduced during rapid atrial pacing at the time of the electrophysiology study. The rapidity of the S wave down stroke and the exact halving of the ventricular rate after IV amiodarone made the diagnosis of VT suspect, and eventually led to the correct diagnosis of atrial flutter with aberrancy.

Figure 12: A 79-year-old woman with mitral valve stenosis and a dual-chamber pacemaker was admitted with fevers. Her 12-lead ECG, shown in Figure 12, prompted a consultation for evaluation of “nonsustained VT.”

Conclusion: The “nonsustained VT” was actually a paced rhythm due to inappropriate and intermittent tracking of atrial fibrillation by the dual-chamber pacemaker. Once atrial channel was programmed to a more sensitive setting, appropriate “mode-switching” occurred and inappropriate tracking ceased.

Figure 13: A 33-year-old man with lifelong paroxysmal rapid heart action underwent a diagnostic electrophysiology study. The 12-lead rhythm strips shown in Figure 13 were recorded during transition from a WCT to a narrow complex tachycardia.

What's the Evidence for specific management and treatment recommendations? 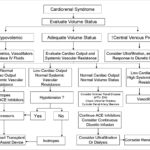