In patients on hemodialysis (HD), pre-dialysis hyperkalemia is an independent predictor of mortality according to prior publications. Patients on HD frequently experience hyperkalemia prior to dialyzing but relatively few receive prescriptions for potassium binders, according to new study findings presented at the virtual National Kidney Foundation 2021 Spring Clinical Meetings.

“Given the relatively high prevalence and recurrence of pre-dialysis hyperkalemia, considerations for oral potassium binder use during non-dialysis days will be important to improve patient care and address health disparities with regard to pre-dialysis hyperkalemia,” said study co-author Kerry Cooper, MD, Vice President of Medical Affairs for US Renal at AstraZeneca, which funded the study.

The new findings are from the RE-UTILIZE study, which used data from 9347 adult HD patients enrolled in the Dialysis Outcomes and Practice Patterns Study (DOPPS). Pre-dialysis hyperkalemia (serum potassium level above 5.0 mmol/L) occurred in 37.8% within 1 month, 52.0% within 3 months, and 73.9% within 1 year of DOPPS enrollment, according to the study.

At these same time points, the proportion of patients experiencing moderate to severe hyperkalemia (serum potassium level above 5.5 mmol/L) prior to dialysis sessions was 14.5%, 23.7%, and 42.8%, respectively, according to the investigators. For severe hyperkalemia (serum potassium levels above 6.0 mmol/L), the proportions were 4.2%, 7.8%, and 16.9%, respectively.

Only 2.8% of patients were prescribed a potassium binder within 1 year of DOPPS enrollment, the study reported.

On multivariate analysis, younger age, female sex, and Hispanic ethnicity were significantly associated with a higher annual prevalence of any pre-dialysis hyperkalemia. Patients aged 50 years or younger, 51 to 65 years, and 66 to 80 years had approximately 2.4-, 2.0-, and 1.3-fold increased odds of any pre-dialysis hyperkalemia, respectively, compared with patients aged 81 years or older.

Disclosure: All of the study investigators are employees of AstraZeneca, which funded the study. 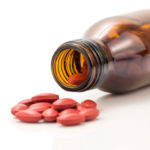