In a phase 2 double-blind, randomized trial that included 240 patients with stage 3 to 5 CKD and moderate to severe pruritus, DKF, a peripherally restricted, selective kappa opioid receptor agonist, relieved itching significantly better than placebo and was generally well tolerated, Ahmed Awad, DO, Assistant Professor of Medicine at the University of Missouri in Kansas City, told attendees during a late-breaker abstract session.

The trial is the first randomized, placebo-controlled study of DKF in patients with stage 3 to 5 CKD (non-dialysis and dialysis) patients with moderate to severe pruritus, he said. Approximately 60% of patients had stage 3 CKD. Dr Awad referred to the itching in this patient population as CKD-associated pruritus rather than uremic pruritus, saying he believes inflammation and other factors could have a role.

In the trial, Dr Awad and colleagues randomly assigned patients to receive DKF at dosages of 0.25 (69 patients), 0.5 (66 patients), or 1.0 mg (67 patients) once daily or placebo (67 patients) for 12 weeks. The primary endpoint was the change from baseline at week 12 in the weekly mean of daily Worst Itching Intensity Numerical Rating Scale (WI-NRS) scores. The scale ranges from 0 (no itch) to 10 (worst itching imaginable).

At baseline, the treatment and placebo arms had similar WI-NRS scores (7.1 and 7.0, respectively). The WI-NRS score decreased by 4.4 points in the DKF group compared with a 3.3-point decline in the placebo arm, a significant difference between the groups, Dr Awad said. Treatment effect was evident at week 2 and maintained through week 12. A significantly greater proportion of patients who received DFK 1.0 mg achieved a complete response (80% or more of patients reporting a WI-NRS score of 0 or 1) at week 12 compared with placebo (38.6% vs. 14.4%. Investigators observed a beneficial effect of DKF compared with placebo across all stages of CKD.

The most commonly reported adverse events in the DFK groups were dizziness, fall, diarrhea, constipation, and worsening gastroesophageal reflux disease.

In a previous double-blind, placebo-controlled phase 3 trial (KALM-1) published in the New England Journal of Medicine, a team led by Steven Fishbane, MD, of the Feinstein Institutes for Medical Research at Northwell Health in Great Neck, New York, found that intravenously administered DFK significantly improved pruritus in dialysis patients compared with placebo. From baseline to week 12, the proportion of patients achieving a 3-point or greater improvement in weekly mean score on the WI-NRS was significantly higher in the difelikefalin than placebo arm (51% vs 28%), Dr Fishbane and colleagues reported. The difelikefalin group also had a greater proportion of patients who had a 4-point or greater improvement (39% vs 18%). 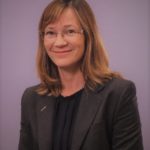