The study was retrospective cohort analysis using the United Network for Organ Sharing database. Investigators identified all patients who received a transplant from January 2000 to December 2018 (332,649) and those who experienced graft failure due to BKVN (1392 patients) and graft failure due to other causes (56,319 patients). 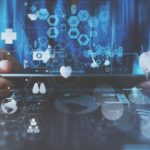