“CV death rates due to causes other than SCD have decreased markedly in dialysis patients over the past two decades, but little improvement has occurred for SCD,” stated lead study author Charles Herzog, MD, of the University of Minnesota in Minneapolis, on behalf of Peer Kidney Care Initiative investigators. “Future improvements in the overall CV death rates will require advances in preventing SCD.”

Meanwhile, hospital admissions for arrhythmias, a precursor to SCD, remained unchanged from 2004 to 2013, at approximately 4.5 admissions per 100 patients per year.

“Although speculative, I think accurate risk stratification may ultimately rely on a combination of echocardiography, electrocardiography, and cardiac biomarkers (such as high sensitivity cardiac troponins),” Dr Herzog told Renal & Urology News. “The KDOQI 2005 cardiovascular practice guidelines still work pretty well. What is still missing is an effective therapy to reduce SCD, which in my opinion is a direct consequence of the ‘cardiomyopathy of CKD,’ the left ventricular hypertrophy and myocardial fibrosis that contribute to arrhythmic death.

“I welcome seeing interventions that actually prevent the development of left ventricular hypertrophy and myocardial fibrosis,” he continued. “It’s potentially a long list that requires testing in randomized clinical trials. I personally think there is a role for ‘device’ therapy in preventing SCD in dialysis patients.”

Lastly, he said he believes physicians need to adequately inform patients about the risks of SCD, particularly at dialysis initiation.

With regard to future research, the team encouraged new studies on the timing of cardiovascular events, including whether cardiovascular deaths and arrhythmia-related admissions occur on HD or post-HD days, or before or after a dialysis session. How constituent electrolytes of the dialysis bath affect dialyzability of potentially anti-arrhythmic drugs such as beta-blockers also needs to be explored. 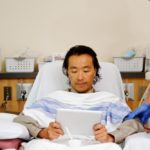