Ishir Bhan, MD, MPH, is Director of Nephrology Informatics at Massachusetts General Hospital and Assistant Professor in Medicine at Harvard Medical School in Boston. His research focuses on the biological actions of vitamin D. Dr Bhan recently gave a presentation on the management of secondary hyperparathyroidism (SHPT) at the National Kidney Foundation’s 2016 Spring Clinical Meetings in Boston. He spoke with Renal & Urology News about the challenges in treating SHPT.

What is the current status of SHPT management?

Dr. Bhan: I think there is a lot of confusion right now. In large part, that is driven by uncertainties surrounding the benefits of vitamin D. There was a lot of excitement over the past decade about the potential effects of vitamin D beyond just the control of secondary hyperparathyroidism. Its role in secondary hyperparathyroidism has been pretty stable for some time, but there was a lot of enthusiasm for using it beyond SHPT management because a number of observational studies had suggested there were potential benefits to the cardiovascular system, survival, and the immune system. So its potential use had broadened beyond just the traditional role. In the last couple years, there have been several randomized controlled trials suggesting that all those benefits that looked promising in observational studies and animal studies did not materialize when tested under the rigor of a randomized controlled trial.

There is a new agent, calcifidiol, which is partially activated vitamin D. It does seem to have some benefit in relatively early kidney disease, but we don’t know if it will have benefit in later kidney disease.

Where do you think nephrologists fall short in their management of SHPT?

Newer phosphate binders have emerged on the market recently, but whether there’s any difference in the efficacy of these binders—iron-based binders, for example, compared to the older binders—is not totally clear. One thing I’ve found, at least, is that a major limiting factor in the treatment of hyperphosphatemia is peoples’ ability to tolerate specific binders. Certain people seem to be able to tolerate some classes compared to other classes. So having more options available is always helpful because there’s a greater likelihood of finding something that people are willing to take. If they’re more willing to take it, it’s more likely to be effective.

What are the challenges in developing better pharmacotherapies?

Dr. Bhan: Like with any therapy, the main limiting factor is side effects. With the vitamin D agents, the main side effect has been an undesirable increase in phosphorus levels. One aspect of management that has become increasingly clear over the past few years is that phosphate seems to be a particularly bad culprit in the development of complications in kidney disease. High phosphorus levels have been associated with increased mortality. Phosphorus appears to drive fibroblast growth factor 23, which has been strongly associated with bad outcomes in kidney disease. The concern with treating secondary hyperparathyroidism with activated vitamin D is that you will end up with worse control of hyperphosphatemia because vitamin D agents increase the absorption of phosphorus. That’s been a big challenge because you can’t just give as much vitamin D as you want to control secondary hyperparathyroidism. One of the new agents that has come on the scene in the past decade is cinacalcet. How to combine vitamin D with cinacalcet, or when to use one versus the other, is still an evolving area, and there haven’t been a lot of studies looking at how to best combine those therapies.

What about the role of calcium-containing medications or supplements?

Dr. Bhan: The main concern has been that the calcium that we give may not end up just suppressing the parathyroid glands. It may deposit in tissues and cause vascular calcification, including calcific uremic arteriolopathy (CUA). A study by my colleague Dr. [Sagar] Nigwekar found that CUA is increasing, and one of the associated factors is the use of vitamin D. In our attempt to control secondary hyperparathyroidism, we may be inadvertently increasing vascular calcification. That’s a big concern. Cinacalcet can be a very useful agent in someone who you are worried about giving too much calcium, or calcium levels getting too high, or phosphorus levels getting too high. It might be an important adjunctive treatment, perhaps in combination with vitamin D to bring down PTH levels.

Have you been testing combinations?

Dr. Bhan: Not as part of a research study. In my patient population, there have been several patients who I’ve started on cinacalcet as an additional agent, and I have found it useful, but there are not a lot of data to guide us in this area. We need more studies looking at how best to combine these therapies and whether it’s really an optimal strategy for controlling the adverse effects.

At what point should a patient be referred for a parathyroidectomy?

Dr. Bhan: I would first try cinacalcet because that has essentially become a chemical parathyroidectomy. But there are patients who either early on or after some time do not seem to respond to cinacalcet alone. With patients who have extremely high PTH levels, I would be very concerned about effects on bone and mineral metabolism, and would consider a parathyroidectomy in that situation. In addition, I would look for evidence where the bone disease has become problematic. I would have a lower threshold for considering parathyroidectomy for patients who develop fractures or who have advanced bone disease. 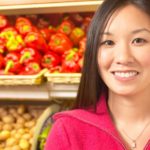