Editor’s note: This article is a summary of a presentation that Dr Berns is scheduled to give at the National Kidney Foundation’s 2016 Spring Clinical Meetings in Boston, in a Lunch Workshop session titled, “Onco-Nephrology Cancer, Chemotherapy and the Kidney,” April 30, 11:30 a.m. to 1 p.m.).

Anemia is one of the most common and clinically important complications of chronic kidney disease (CKD), due primarily to impaired synthesis of the glycoprotein hormone erythropoietin by the damaged kidneys. The approval of the first erythropoiesis-stimulating agent (ESA) epoetin alpha in the United States nearly 30 years ago drastically changed the management of anemia in patients with CKD and end-stage renal disease (ESRD). With higher hemoglobin (Hgb) levels resulting from use of supplemental iron and ESA, the need for red cell transfusion has decreased and symptoms related to severe anemia have been mitigated. While first used in patients with kidney disease, ESAs were subsequently approved for use in patients with cancer and chemotherapy-related anemia. More recently, though, concern has been raised about risks of ESA in patients with cancer, including those with CKD.

A recent meta-analysis of randomized trials of ESAs in patients with cancer concluded that ESAs increased mortality during active study periods and decreased overall survival.1 Subsequent analyses have generally, although not uniformly, confirmed a higher mortality with ESAs in patients with cancer and have also identified a significantly greater risk of venous thromboembolism in these patients. The mortality risks may vary depending on the type of cancer and achieved Hgb level. Although more research is needed, there seems to be a general consensus that ESAs do not have an adverse effect on cancer progression. However, the FDA-approved prescribing information for ESAs now states that their use shortens overall survival and/or increases risk of progression or recurrence of several specific malignancies, and that they should be used only for myelosuppressive chemotherapy-related anemia but not when the anticipated outcome is cure. The FDA also requires prescriber enrollment in a Risk Evaluation and Management Strategy (REMS) program when using ESAs in patients with cancer.

Concern about use of ESAs in patients with CKD and cancer first arose when the findings of a randomized controlled trial of darbepoetin versus placebo in patients with type 2 diabetes mellitus and CKD were reported in 2009.2 The primary composite cardiovascular end-point and most other primary end-point outcomes did not differ significantly between the groups, but among patients with a history of cancer who died, 14 (7.4%) of 188 died from recurrent or new cancer in the darbepoetin group compared with only 1 (0.6%) of 160 with recurrent cancer in the placebo group, a significant difference between the groups (P=0.002). Patients with known active malignancy were excluded. There were also more deaths attributed to cancer in the darbepoetin-treated patients, but this was not statistically significant (P=0.08). While a Japanese cross-sectional study did not find ESA use to be associated with greater risk of new or worsened cancer,3 a US study found ESA use in patients with CKD to be associated with a significantly greater risk of risk of stroke in those who also had cancer but not in those who did not.4

Based on these findings, the 2012 KDIGO (Kidney Disease: Improving Global Outcomes) Clinical Practice Guideline for Anemia in CKD recommends that ESAs be used with great caution, if at all, in CKD patients with active malignancy, particularly when cure is anticipated, or in those with a history of cancer.5 Clinical decisions typically involve assessment of the balance between potential benefits and risks. With ESAs in cancer patients with CKD, there is the potential to reduce symptoms of severe anemia and the need for blood transfusions which must be balanced against a potential increase in the risk of mortality and thrombosis. ESAs may be appropriate to use in some patients with CKD and active malignancy or who are thought to be in remission after careful consideration of the risks. The target of ESA therapy should probably be a Hgb  level of 10 g/dL or less with treatment under the FDA’s REMS Assisting Providers and cancer Patients with Risk Information for the Safe use of ESAs (APPRISE) program.

Jeffrey S. Berns, MD is Professor of Medicine and Pediatrics in the University of Pennsylvania’s Perelman School of Medicine in Philadelphia. 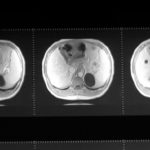 Management of ADPKD in 2016 and Beyond