Nephrologists’ use of sodium-glucose cotransporter-2 (SGLT2) inhibitors has risen substantially from 2015 to 2022, but they account for only a small fraction of prescriptions for the drugs, according to data presented at Kidney Week 2022 in Orlando, Florida.

Using the IQVIA National Prescription Audit, which captures about 93% of US retail prescription dispensing activity, Rishav Adhikari, MD, and colleagues at Johns Hopkins University School of Medicine in Baltimore, Maryland, analyzed SGLT2 inhibitor prescription data from January 2015 to April 2022. During that time, nephrologists’ monthly prescriptions for SGLT2 inhibitors increased 35-fold, but still accounted for only 1.26% of total prescriptions in the final 12 months of the study period (May 2021 to April 2022) compared with 56% of primary care physicians, Dr Adhikari and colleagues reported in a poster presentation.

“Nephrologists must recognize current gaps in CKD management, particularly the underutilization within their field of evidence-based [SGLT2 inhibitors], and should adjust clinical practices to close those gaps,” the authors concluded.

After dapagliflozin received a Food and Drug Administration approved indication for CKD, nephrologists have predominantly used that drug. They prescribed it more frequently than non-nephrologists (52% vs 28% of prescriptions), Dr Adhikari’s team reported.

“Deploying [SGLT2 inhibitors] will require a focused and coordinated effort across the medical specialties that manage patients with cardiorenal diseases, including an enhanced role for the nephrologist,” they concluded.

A separate study presented at the conference also found low prescribing of SGLT2 inhibitors by nephrologists. Tripti Singh, MD, of the University of Wisconsin in Madison, and colleagues analyzed responses from 153 nephrologists who participated in an online survey. A minority of respondents (33.6%) said they prescribe SGLT2 inhibitors to more than 50% of their patients who meet requirements for the drugs. The survey identified barriers to prescribing the drugs, the most common being the cost of the medications or high copays (34% of respondents), lack of experience or comfort in prescribing the drugs (29%), and lack of time and personnel to manage the side effects (11%).

Survey responses revealed that professional guidelines (29%), readily available medical knowledge through social media (26%), and participation in professional conferences (18%) were the mechanisms that have helped the most in prescribing SGLT2 inhibitors. 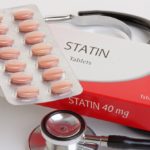