SAN DIEGO—Certain aspects of religiosity, such as drawing comfort from religion and being spiritual, are associated with a decreased risk of kidney failure among blacks, but not whites, according to study findings presented at the American Society of Nephrology’s Kidney Week 2018 conference.

In a case-cohort analysis of 4356 adults from the Southern Community Cohort Study (SCCS), an ongoing, prospective cohort of 86,000 socioeconomically-disadvantaged adults from 12 Southeastern states, blacks who reported taking “a great deal” of comfort from religion had a significant 77% decreased risk of end-stage kidney disease (ESKD) compared with blacks who reported taking “not very much” comfort, after adjusting for demographic, clinical, and psychosocial variables. Blacks who said they were “very” spiritual had a 35% decreased risk of ESKD compared with those who indicated they were “slightly” or “not at all” spiritual. These associations were not observed among white participants in the cohort. Blacks with weekly church service attendance had a 27% decreased risk of ESKD compared to those who never attended services, while frequent service attendance was associated with an even greater decrease in ESKD risk among whites (71%).

“Identifying those individuals for whom religiosity plays an important role and harnessing any health-promoting effects of religion may be a novel way to facilitate healthy behaviors that reduce kidney disease progression among our most vulnerable patients,” said lead investigator Devika Nair, MD, a post-doctoral clinical research fellow at Vanderbilt University Medical Center in Nashville, Tennessee, told Renal & Urology News.

Dr Nair stated that she and her colleagues are interested in exploring cultural determinants of health behaviors, and religiosity is an aspect of culture known to be prevalent among underrepresented minorities, particularly in the Southeast. Religiosity as a whole, which includes spiritual beliefs as well as religious practices, seems to facilitate healthy behaviors in vulnerable patient groups, and acknowledging religiosity as a cultural determinant of health is an emerging area of interest in the context of kidney disease.

“Religiosity is a multi-dimensional concept and is difficult to analyze with purely quantitative measures,” Dr Nair explained, “but because the SCCS questionnaires included several self-reported measures of religiosity, the study allowed us the unique opportunity to examine the effects of religiosity on disease progression in a large group of socioeconomically-disadvantaged black and white adults.”

She also observed: “While this study alone cannot explain the mechanisms by which each measure of religiosity associated with decreased ESKD risk, conceptual frameworks and prior literature in this area suggest that religion improves health in part by facilitating healthy behaviors. Additionally, to individuals of certain cultural backgrounds, religion and spirituality may offer comfort, empowerment, and, if associated with attending service, can offer a communal safe space filled with others who share similar values and life goals. To me, it’s about getting to know the individuals in front of you, empowering them to make healthy choices, and partnering with them to provide them with care that is respectful of their cultural beliefs.

“Acknowledging that religion may influence some individuals’ health behaviors and health care decisions,” Dr Nair continued, “partnering with faith-based community settings for patient education and empowerment, and incorporating religious and spiritual beliefs into patients’ care plans may allow us to provide effective, personalized care for our most vulnerable kidney patients.” 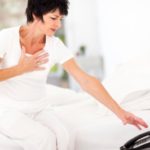