SAN DIEGO—Substantial weight loss prior to deceased-donor kidney transplantation (DDKT) may be associated with an increased risk of death after transplantation, investigators reported at the American Society of Nephrology’s Kidney Week 2018.

In a study of 96,938 individuals who underwent DDKT, a team led by Meera Nair Harhay, MD, Associate Professor of Medicine at Drexel University College of Medicine in Philadelphia, those who lost 10% or more of their listing body weight before DDKT had a significant 16% increased risk of death following transplantation compared with kidney recipients who were within 5% of their listing weights at the time of transplantation. Pre-DDKT weight gain was not independently associated with post-transplantation mortality.

“The practice of encouraging weight loss for kidney transplant candidacy should be considered with respect to the trade-offs of potentially higher post-transplant health risks,” Dr Harhay told Renal & Urology News. “Our study suggests the need to closely monitor kidney transplant recipients who have lost substantial body weight pre-transplant, including those who were overweight or obese.”

Obese individuals with end-stage renal disease (ESRD) often are advised to lose weight to improve their transplant candidacy, but the safety of weight loss in ESRD and implications for post-transplant survival are not well understood, Dr Harhay stated. 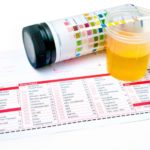